Please ensure Javascript is enabled for purposes of website accessibility
Free Article Join Over 1 Million Premium Members And Get More In-Depth Stock Guidance and Research
By Chris Neiger, Danny Vena, and Brian Withers - Dec 13, 2020 at 8:08AM

Investors can still win big with these fast-growing stocks.

Shares of Snowflake, a cloud data company, have soared since the company went public back in September. Some investors have flocked to the tech stock because of its massive opportunity in the cloud data space, and the fact that Warren Buffett's Berkshire Hathaway is an investor in the company.

But despite all of the attention Snowflake has received, there are still a lot of fast-growing companies that could be even better long-term investments. Here's why MongoDB ( MDB -6.53% ), Okta ( OKTA -2.98% ), and Square ( SQ -5.64% ) fit the description. 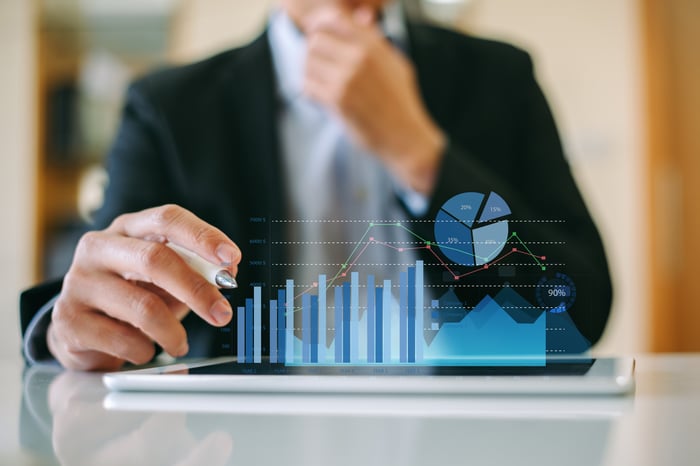 Danny Vena (MongoDB): One of the key takeaways from 2020 is that cloud-based solutions are no longer a luxury but a necessity, providing access anywhere, anytime. That's one of the reasons investor demand for Snowflake has been off the charts. Unfortunately, Snowflake's valuation is also off the charts, with the stock trading at 214 times its trailing-12-month sales of $490 million, making it one of the most expensive growth stocks around.

Investors looking for a less expensive cloud alternative should consider MongoDB. One of the challenges with legacy databases is that they couldn't accommodate any data that didn't fit neatly into rows or columns. That's where MongoDB comes in. The company offers a cloud-native solution that houses data and electronic information of all types, including photos, audio, social media posts, video, and even full documents.

MongoDB offers a free version of its flagship database that customers have downloaded more than 90 million times since it was introduced in 2009, and over 35 million times in 2019 alone. After experiencing firsthand the ease and utility of MongoDB's flagship product, many developers take the plunge and sign up for Atlas -- the company's cloud-centric, fully managed database-as-a-service product.

While the pandemic temporarily stunted MongoDB's growth, the company has come roaring back. In the third quarter, revenue grew 38% year over year, while subscription sales increased 39%. More importantly, adoption of Atlas grew even faster, as revenue climbed 61% year over year and now accounts for roughly 47% of the company's total sales. Not bad for a product that was introduced just four years ago.

The customer metrics are equally compelling. MongoDB added more than 2,400 customers during the quarter, bringing the total customer count to 22,600, up 42% year over year. Atlas customers grew more quickly -- to 21,100, up 49%. Those contributing at least $100,000 in annual recurring revenue climbed to 898, up 31%. Finally, the company's net AR expansion rate, which tracks the rate at which existing customers spend more, remained above 120% for the 24th consecutive quarter.

The company's customer satisfaction scores are also enviable. Atlas commands a net promoter score of 74. That's a remarkably high score; 50 or higher is considered excellent, and any number above 70 is considered world-class.

The digital transformation is ongoing and the data that needs to be stored is growing exponentially. The database software market is estimated to be $71 billion in 2020, growing to $97 billion by 2023. Considering MongoDB's revenue topped out at $422 million last year, it has a long runway for growth.

Oh, and did I mention that at just 34 times sales, it's a steal compared to Snowflake. 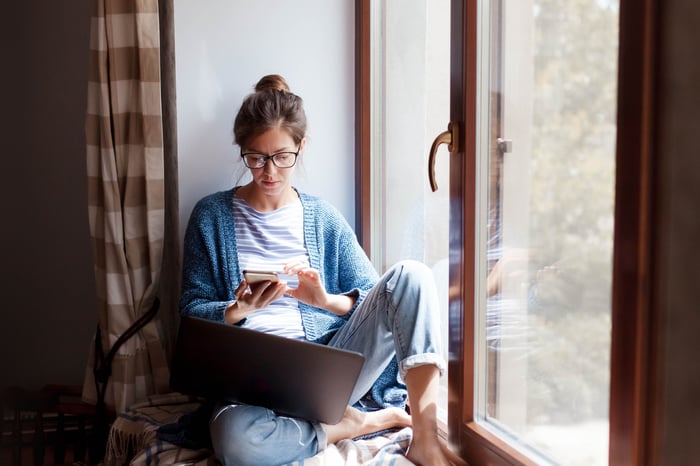 Brian Withers (Okta): Even though Snowflake is putting up massive growth, investors can get in on the cloud trend without a triple-digit nosebleed valuation. As enterprises move more of their software to the cloud, Okta's identity management platform is a key enabler to keep their infrastructure secure. It makes it easy for information technology teams to secure their cloud applications and provides authorized users the ability to sign on to all of their apps with a single password.

Cloud software is still in the early stages of adoption. IDC reports that 81% of enterprise organizations have at least one core application in the cloud, but only 13% of large companies are 100% dependent on the cloud. As businesses extend their use of cloud-based software tools, the need for a robust identity management solution like Okta's only grows stronger.

With these tailwinds, the company has grown to a $768 million trailing-12-month revenue business. For the upcoming fiscal year, its top line is expected to surpass the $1 billion mark, representing a 29% year-over-year growth. This is a decline from the current year's expected 40%, but it is likely to beat its guidance as it's done frequently in the past.

One indicator that Okta's revenue growth forecast could be light is the solid increase in its remaining performance obligations (RPO). RPO represents the total value of all customer contracts, which grew at an impressive 53% last quarter. Additionally, the company had an important win last quarter as Amazon Web Services (AWS) now includes Okta as part of its marketplace. This opens up the platform to a whole new set of customers. With stable subscription revenue accounting for 95% of its top line, investors can be confident growth will continue long into the future.

Even though Snowflake is growing faster at triple-digit rates, that growth comes at a tremendous price. Not that Okta is cheap, but its lofty price-to-sales ratio of 39 looks like a bargain next to Snowflake's 224. Okta is a better way for investors to profit as organizations continue their move to the cloud. 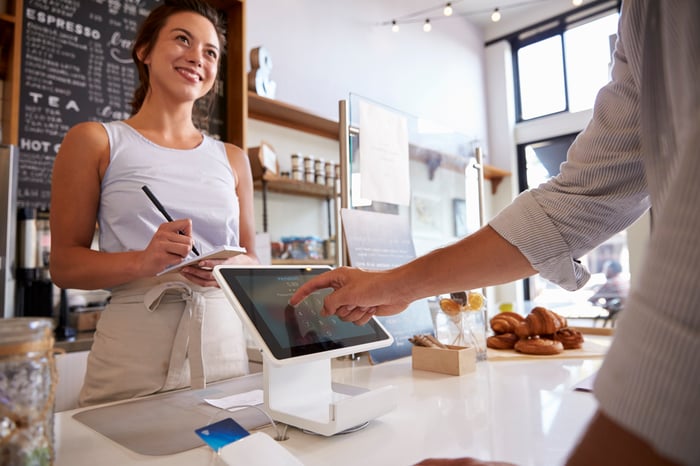 This company is betting on the shift to digital payments

Chris Neiger (Square): For years, Square has been helping merchants of all sizes shift from physical cash to a digital payment world. The company's point-of-sale terminals are often used with digital card readers and near-field communication devices that make paying with a phone or tapping a credit card to pay easier than ever.

The pandemic has accelerated the shift to digital payments as many people have preferred not to handle physical money. This has helped boost Square's business, with third-quarter revenue skyrocketing 148% year over year (excluding its Caviar business). Square users are also spending a lot more through the company's payment platform, as gross payment volume jumped 91% in the recent quarter to $31.7 billion.

Additionally, the company's popular Cash App, which allows users to send money to friends, saw the number of its daily transacting customers nearly double year over year in the third quarter. Cash App sales also popped 174% in the quarter.

Digital payments were already becoming mainstream before the pandemic, but the trend is even more solidified now. This year the digital payment market will reach $910 billion, and by 2024 it'll be worth an estimated $1.5 trillion. For investors looking for a fast-growing tech stock that's tapping into this massive money trend, Square looks like a great long-term bet.

Why Okta Stock Was Gaining Today