The biggest force in Chinese internet search wants to play a role in electric cars, too.

Shares of Baidu ( BIDU -0.67% ), the Chinese internet search giant, soared in morning trading Tuesday, up 8.8% as of 11:15 a.m. EST. The gain follows a Reuters report that Baidu is considering joining the red-hot Chinese electric-car industry and manufacturing its own electric vehicles.

Baidu has been developing its own driverless car technology for years, and it's testing out an autonomous taxi service known as Go Robotaxi. Now, reports Reuters, it is considering plugging this tech into electric cars manufactured under its own brand by a contract manufacturer such as Zhejiang Geely, Guangzhou Automobile Group (GAC), or China FAW Group -- or even forming a joint venture with an automotive company and taking for itself a majority stake.

For its part, Baidu is refusing to comment on the Reuters report, although GAC admitted it does presently have a "strategic partnership" of some sort with Baidu. 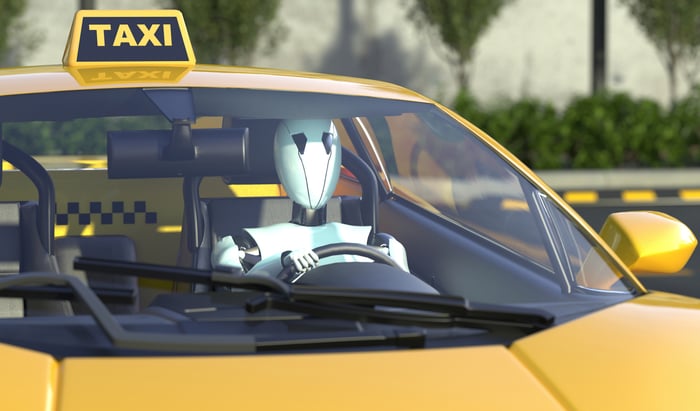 Formerly one of China's hottest growth stocks -- growing sales at a 53% annual clip as recently as 2015, for example -- Baidu's sales have experienced a steady decline. Over the past five years, Baidu averaged just 11% sales growth. Indeed, over the past year, S&P Global Market Intelligence figures show that Baidu achieved 0% sales growth (although profits did rebound, with Baidu reporting net income of $3.5 billion).

A move into driverless cars, which have experienced phenomenal growth (off an admittedly small base) in China these past couple of years, could help to revive Baidu's growth rate. With barely $15.5 billion in trailing revenue (a mere fraction of the $171.7 billion in sales at Alphabet's Google, the American company to which it's most often compared), Baidu remains a relatively small company.

When you consider that Chinese EV maker NIO ( NIO -2.10% ), for example -- a company no one was talking about as recently as 2017 -- is already now doing $1.8 billion a year in electric-car sales, even moderate success in electric cars could do big things for Baidu stock.