The European Commission detailed two proposed pieces of legislation on Tuesday aimed at curbing the power of tech giants including Apple (NASDAQ:AAPL) and Alphabet (NASDAQ:GOOG)(NASDAQ:GOOGL). The institution, which is responsible for introducing proposed legislation and implementing laws in the European Union, is aiming to reduce the influence of Big Tech and create a more favorable environment for smaller software companies.

The legislation has yet to be voted on by EU member states, but policy experts believe that the suggested changes could be rapidly adopted, according to a report published by CNBC. If enacted, the proposed rules would require mobile operating system owners, including Apple and Alphabet, to allow users to uninstall default software from their devices. The proposed legislation also includes a provision that would bar platform owners from giving priority to their own applications in search engines. 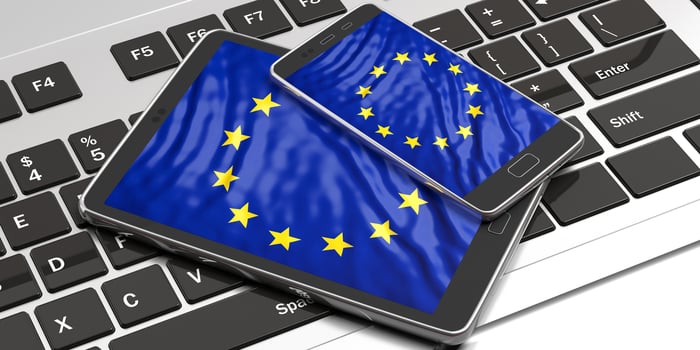 If the new legislation is passed, companies would likely face stiff fines if found to be intentionally violating standards or be forced to break up their business units if they want to continue operations in the European Union.

Building an expanded ecosystem that ties products and services into each other has been a central component of many large tech companies' growth initiatives. However, this approach could become less viable depending on the regulatory climate.

Governments around the globe have recently been taking a tougher stance against large tech companies. Social media giants including Facebook and Twitter are notably under scrutiny in the U.S., and Chinese regulators have been putting pressure on domestic tech leaders including Alibaba and Tencent. Tech giants still have huge advantages compared to smaller competitors, but investors will have to weigh these strengths against mounting evidence that regulators will move to curb their power.