The U.S. economy has suffered some serious blows in 2020 as pandemic-induced lockdowns have forced many workers out of their jobs and shut down businesses. Some of those jobs have come back, but many haven't.

And even as a coronavirus vaccine is now in the early stages of being delivered, its positive economic effect will still take many months to play out. If you're looking for a handful of technology stocks that will ride out any future economic turmoil, take a look at what Apple (NASDAQ:AAPL), Amazon.com (NASDAQ:AMZN), and Roku (NASDAQ:ROKU) are doing. 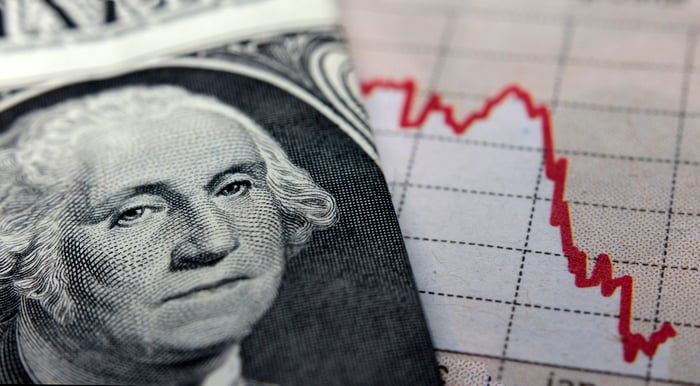 Apple may not be as alluring of an investment as other fast-growing tech stocks -- but during a recession this tech stock is a great company to know. Apple is a tech behemoth that has its hand in everything from chip designs to video streaming and it continues to invest in areas that could bring it new growth for years to come.

For example, Apple has successfully doubled its services segment in just a few years and continues to make it a more valuable proposition for consumers to sign onto. The company reported record services revenue (which includes Apple Music, Apple TV+, the App Store, AppleCare, etc.) of $14.5 billion in the most recent quarter, a 16% year-over-year increase.

The company's services revenue growth proves that Apple is more than capable of generating recurring revenue from its customers long after they've purchased one of the company's devices.

Investors should also take note that despite one of the most unpredictable and difficult years in memory, the company reported a record fiscal year. Apple grew every non-iPhone segment, ended the year with $79.4 billion in net cash, and is on track to reach 600 million paid subscriptions before the end of the calendar year. 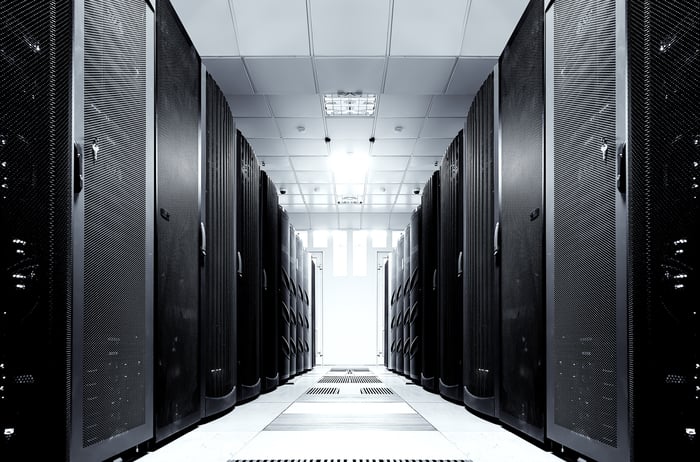 Another tech juggernaut that deserves to be on any investors' recession buy list is the e-commerce and cloud computing powerhouse Amazon. The company proved this year that when tough economic times come it can not only thrive, but also help create jobs at the same time.

Amazon's e-commerce business has been in demand more than ever before and that's pushed the company's sales up 37% in the third quarter (reported on Oct. 29). Earnings per diluted share skyrocketed to $12.37, up from $4.23 in the year-ago quarter.

As a direct result of this increased demand, Amazon went on a hiring spree this year, adding more than 400,000 new positions. The company has received pushback in the past for some of its warehouse conditions and how it's handled criticism from its employees, but there's no denying that these new positions have helped many Americans at time when many employers are cutting jobs.

Amazon has also seen its cloud computing business, Amazon Web Services (AWS), grow during this year as well. AWS sales jumped 30% in the third quarter and operating income spiked 56% from the year-ago quarter. AWS is a profit generator for the company and its current 33% market share in the cloud infrastructure space means that this segment should continue to be a long-term growth area for the company. 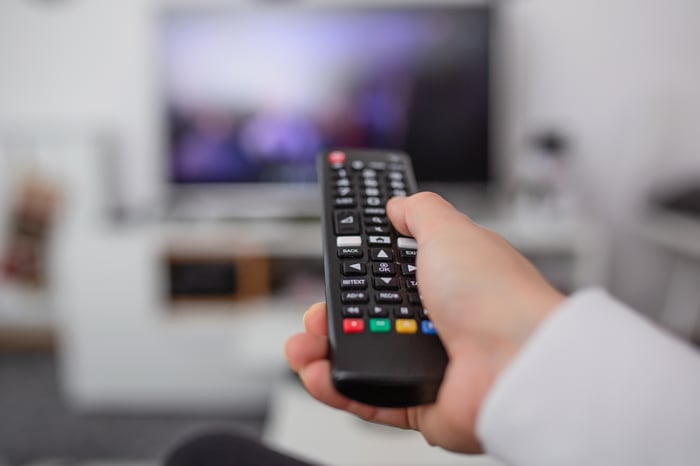 Roku has weathered 2020 remarkably well and there's reason to believe it could do so during future recessions. TV viewers flocked to Roku this year, because, well, there hasn't been much to do besides watch TV. In the third quarter (reported on Nov. 5) revenue rose 73% and gross profit soared 81% year over year.

Those figures jumped as the company attracted more users to its video platform, with active customers up 43% from the year-ago quarter. The amount of money the company makes from those users also increased, with average revenue per user (ARPU) spiking 20%.

Unsurprisingly, a recession didn't pull people away from their TVs. Consumers continue to cut their cable cords and shift toward streaming services from Netflix, Walt Disney, Apple, and others, and as they do many of them will access these services using Roku's platform. An estimated 6 million people will cut the pay-TV cord this year and at the end of 2024 more than one-third of them will have done so, according to research firm eMarketer.

Roku makes money when users sign up for a streaming service through its platform as well as advertising, and as demand for both increases the company should continue to benefit. The company said in the third quarter first-time advertisers more than doubled from the year-ago quarter. As more people cut their pay TV services in the coming years, more ad dollars could follow cord-cutters to Roku's platform.

Remember this one thing

Of course, there's no guarantee that any company will thrive during a recession, but the companies listed here have solid businesses that should make great long-term investments. This means that when difficult economic times come they should be able to ride them out and continue growing. But investors need to hold onto these stocks for years, not months, to experience the full benefit of investing in these companies.