Apple (NASDAQ:AAPL) got tongues wagging on Monday after Reuters said the tech giant's planned electric self-driving iCar was a distinct possibility by 2024. It's reportedly developing proprietary battery technology to drive down the costs of production while incorporating a host of technological innovations.

Or, as the news agency also said, the results could end up being part of an autonomous driving system lodged within a traditional automaker's car. 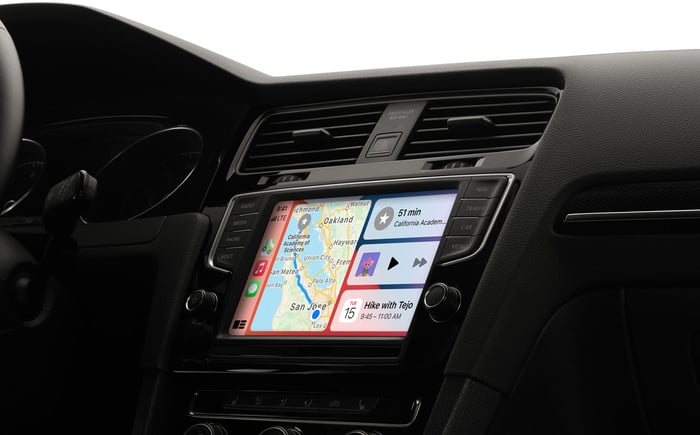 That same dichotomy was apparent in how Wall Street looked at the development. It was either an existential threat to Tesla (NASDAQ:TSLA) or much ado about nothing.

Morgan Stanley analyst Adam Jonas said his firm's teams have been waiting for some time for Apple to make such an announcement, since they believe Apple and other tech companies potentially "represent far more formidable competition" than legacy automakers.

Apple has hinted at the possibility it would jump into the car market for years, with CEO Tim Cook acknowledging in 2017 that the tech company was "focusing on autonomous systems" that are considered a "core technology" in self-driving cars.

Even so, Suva sees Tesla being the most direct competitor to an Apple EV, though he believes a partnership with component suppliers will be the result from its foray into the space, rather than an actual car.

Certainly lower profitability and a more cyclical auto industry would argue against an iCar, but Google has Waymo, and China's Baidu is said to be planning an EV, too, so Apple may want to keep pace.