Please ensure Javascript is enabled for purposes of website accessibility
Free Article Join Over 1 Million Premium Members And Get More In-Depth Stock Guidance and Research
By Jim Halley - Dec 22, 2020 at 6:26AM

Whether or not you believe that Viatris can make you rich depends on how strongly you believe in biosimilars.

You may have been taken by surprise earlier this month when a new pharmaceutical stock landed in your portfolio that you didn't know you bought -- Viatris ( VTRS -1.79% ).

It may seem like a new stock, but it isn't really. Viatris, which was formed of the combination of Mylan and the Upjohn division of Pfizer, started trading on the Nasdaq on Nov. 17. You're probably already familiar with many of Viatris' therapies such as Xanax, Lipitor, Celebrex, Viagra, and Zoloft, which were originally part of Upjohn's stable of branded drugs. They account for 60% of the new company's expected revenue with the rest coming from its generic products, most of which have come from Mylan.

Could Viatris be a millionaire-maker stock? To figure that out, we must determine if it has enough growth potential and stability to justify a large investment. 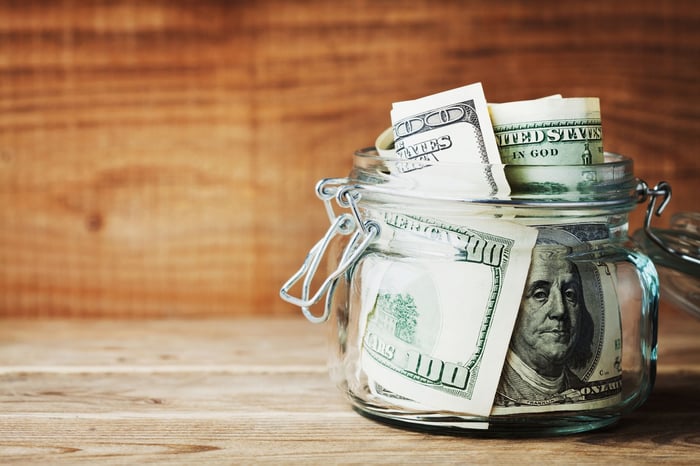 A few positives to consider regarding Viatris

First things first, Viatris' dividend should be fairly good. The company has said it plans to offer a dividend beginning in the first quarter of 2021, and it will be at least 25% of the company's free cash flow.

The company said its combination with Mylan will allow it to achieve $1 billion in cost synergies by 2024. A lot of that will be made possible by trimming what the company says are redundant positions. It said it expects its workforce of 45,000 to be trimmed by 20%. It also said it plans to tighten up its supply chain by closing, downsizing, or divesting up to 15 facilities.

Mylan's own position was solid, if not spectacular, coming into the merger. Through three quarters of the year, Mylan posted $8.32 billion in revenue, up slightly less than 1% year over year. Its gross profits for the first nine months were a reported $3.09 billion, compared to $2.81 billion over the same period in 2019. Its gross profit margin over nine months was 37% compared to 34% last year, and net earnings in the period were $1.7 billion, an improvement of 13% over 2019.

Mylan gives the new company a greater presence in Europe and the rest of the world, as it markets its products in 165 countries. Upjohn also brings an existing market presence in China to the table.

A few negatives regarding Viatris

Viatris is not likely to be much of a growth stock. Much of the company's income comes from off-patent legacy medications and generics, and both sides are facing a lot of price pressure. This isn't a big secret. The company itself says its plan is for modest growth.

Upjohn's business has been declining. Revenue through three quarters of the year was $5.9 billion, down 30% year over year. The company cited generic competition and China's volume-based procurement program for declining sales of Lyrica, Lipitor, and Norvasc. New generic competition in Japan particularly affected sales of Celebrex and Lipitor.

Mylan also brings a little baggage to the new company, as it is among a long list of companies facing lawsuits regarding the sales and pricing of opioids.

A few unknowns regarding Viatris

There's a reason Pfizer shed Upjohn –- it was an underperforming business segment. However, the combination with Mylan changes things. Mylan has been working on biosimilars, and that's where Viatris is hoping to find growth.

Biosimilars are a complex version of biologic drugs, clinically similar to already branded drugs in safety and efficacy. Mylan brings in 20 biosimilars or insulin analogs that are either already being sold or are in its pipeline. Because biosimilars, like generic drugs, are less costly than branded drugs, there is a big push in Congress to promote them. So Viatris' biosimilar development progress in areas including oncology, immunology, endocrinology, ophthalmology, and dermatology could be aided by funding from the federal government.

Getting back to the big question

The market doesn't yet know what to make of Viatris, though its shares are up more than 10% since it began trading on the Nasdaq. If you own shares in the company, I'm not saying to trade them yet, because at the very least it could be a good dividend stock with moderate potential.

However, with limited growth options, I don't quite envision Viatris becoming a millionaire-maker stock. There's too much pricing pressure on its portfolio at this point. However, like any pharmaceutical company, a blockbuster drug could change everything. With its consistent earnings history and solid cash position, the company has the money needed for research and development, so it's still one to watch.