Shares of Luminar Technologies (NASDAQ:LAZR) were trading higher on Tuesday morning after some images of a Tesla (NASDAQ:TSLA) Model Y equipped with what appear to be Luminar lidar sensors made the rounds on social media.

Here's what happened. First, this tweet from Monday night got some notice.

Then this follow-up from another user appeared on Tuesday morning.

I spy, with my little eye, @luminartech Hydra LiDAR $LAZR on a test vehicle. Plate is registered to Tesla. Turns out you can't achieve L3/4/5 with just cameras! https://t.co/taujlElKQf

The implication, if it isn't clear, is that Tesla might be testing Luminar's sensors. If true, that would be big news for a couple of reasons. First, Tesla would be a great customer for Luminar. And second, it would suggest that Tesla CEO Elon Musk, who has famously maintained that Tesla will be able to make self-driving vehicles without lidar sensors, has had a change of heart.

That appears to be why Luminar's stock was soaring on Tuesday morning. But was it a false alarm? 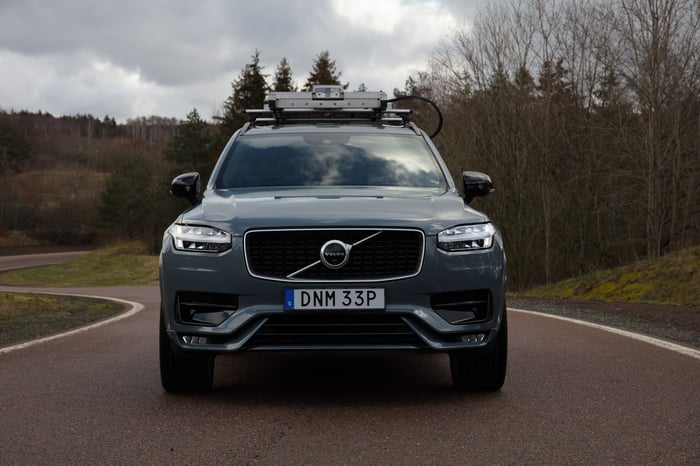 The great thing about Twitter is that if you're patient, sometimes actual experts will weigh in. In this case, a couple of engineers with experience in automotive sensors said that the sensor array suggests that Tesla is using this vehicle to train its machine-vision systems, or what is called "ground-truth" testing.

This isn't the first time that a Tesla-owned Tesla with lidar sensors has been spotted doing ground-truth testing; the fact that this vehicle is using Luminar units is interesting, but it probably doesn't tell us much about either company's plans.

Long story short: There are good reasons why auto investors might consider buying Luminar's stock. But based on what we know now, this shouldn't be one of them.