All three stocks are tied to the alternative energy industry in one way or another, betting that the future will see less oil used to power production and transportation, and greater use of batteries and other means of producing electricity. The three companies also racked up impressive gains in 2020, but some were more impressive than others.

Over the course of the past 12 trading months, Plug shares led the pack with a 787% gain, while Bloom shares soared 255%. Electrameccanica lagged behind and was up "only" 183%. That may be part of the reason that investors are taking profits from Plug Power and Bloom Energy stocks today, but betting that Electrameccanica still has gas in the tank (if you'll pardon the expression). 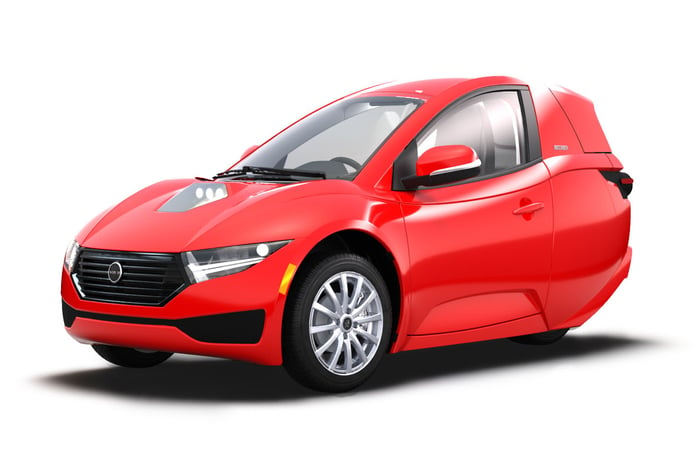 Reinforcing that view, over the weekend TipRanks.com cited Electrameccanica stock (but not Bloom or Plug) as a "monster" stock endorsed by analyst Craig Irwin at Roth Capital.

In Irwin's opinion, Electrameccanica's three-wheeled Solo electric cars are ideal for fast-food chains looking for better ways to deliver to their customers, offering 100-mile range and low operating costs that might convince them to bring delivery in-house rather than using a third-party provider such as DoorDash or Uber Eats.

Roth is betting that 2021 will see a couple of announcements of major restaurant chains buying Solo electric cars for their delivery fleets. Electrameccanica, meanwhile, is promising it will soon be able to crank out 20,000 Solos a year at its Chinese factory. At an estimated price of $18,500, Electrameccanica won't need to sell very many Solos to exceed the $600,000 in revenue it booked last year -- and prove today's buyers right.