With hot IPOs in the news and new technology trends always around the corner, it's just not exciting to buy shares of companies Wall Street seems to have given up on. But over the long term, those forgotten stocks can be great additions to a portfolio, as the market's attention will eventually return to high-quality businesses.

Philip Morris international (NYSE:PM), Enbridge (NYSE:ENB), and Markel (NYSE:MKL) are three stocks that haven't seen much, if any, appreciation over the past five years but could deliver handsome returns in the next five years. 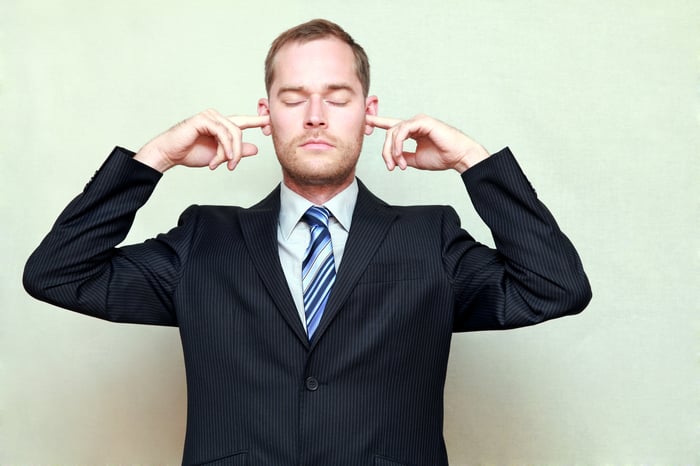 Philip Morris International sells cigarettes in markets outside the U.S., as well as what it deems risk-reduced products such as the IQOS tobacco heater and e-vapor products. The company is making progress toward its vision of a smoke-free future with non-combustible products going from 13% of sales in 2017 to 19% in 2019. Although the rate of smoking in the U.S. has fallen from 42.4% in 1965 to 13.7% in 2018, the rate remains persistently high in other regions of the world -- especially among men.

Although the stock has lost 6% over the last five years, the continued prevalence of smoking around the world has helped the company slowly grow revenue at an average annual rate of 2.7% during that time, to $29.8 billion in 2019. Earnings per share and dividends have grown 1.1% and 3.4%, respectively, over the same period. The stock currently yields 5.8% and investors shouldn't expect much more in the future. Philip Morris International has paid out an average of 87% of free cash flow as dividends over the last five years, meaning there isn't a lot of room to raise the payout unless the company can cut costs or grow sales. With the S&P 500 yielding only 1.57%, for many investors a consistent dividend near 6% may be enough of a reason to buy shares.

Like many energy stocks, Enbridge has had a rough year. Global oil consumption has fallen to 2014 levels due to the pandemic, and U.S. natural gas usage is forecast to drop 2% in 2020. It's no wonder the stock is down about 20% year to date. Thankfully, economic activity is already starting to return. In November, the U.S. Energy Information Administration reported global oil consumption was up from the third quarter although still down from November last year. The group also estimates U.S. gross domestic product will grow by 3.1% in 2021. In Canada, the recovery is expected to reach 5.1%. That activity will benefit Enbridge, as the company owns the most miles of crude oil pipeline in North America, and is No. 2 in natural gas.

Operating as a toll road for energy, the company is set up to withstand temporary economic disruptions. Ninety-five percent of Enbridge's customers are investment grade, and management estimates only 2% of cash flow is at risk based on any fluctuation in market prices. That could explain how the company just announced its 26th consecutive annual dividend increase -- the stock will yield 8.1% in 2021.

For the nine months ended Sept. 30, the company's distributable cash flow (cash flow before capital expenditures on growth projects) was $7.23 billion, a slight increase from 2019. This is largely due to the stability of its business and a $300 million cost reduction. The stability could be a nice addition to investors' portfolios, especially with energy companies currently so out of favor. Enbridge is a Canadian company, so investors should make sure they understand how owning shares might affect their personal tax situation.

Markel is a specialty insurance company that only shines when viewed over extended time frames. The company offers products in niche markets and uses the proceeds to make investments in stocks and private non-insurance businesses that continue to operate independently. Its combined ratio -- the percent of premiums paid out as claims -- has averaged 96.6% over the past nine years. That solid profitability feeds the investments into equities and private businesses. The stock investments have produced market-beating returns, averaging 15.2% annually compared to 9.4% for the S&P 500 for the decade ending in 2019. The private equity-like arm, Markel Ventures, provided $2.1 billion in revenue and $92.9 million in net income in 2019, up 12.6 times and 22 times, respectively, from 2010. It's obvious the investments are generating value for shareholders.

The book value -- the company's assets minus its liabilities -- has grown consistently through the years from $352 per share in 2011 to $820 today, a 9.9% compounded annual return. Despite that, the stock currently trades at its lowest multiple of book value since 2012, only 1.2 times. The discount may be because of COVID-19. Markel has exposure to events as varied as wedding cancellations to Wimbledon and the Olympics, but management was more conservative than many competitors by estimating losses early in the pandemic. The market doesn't often discount good businesses, and Markel is a high-quality insurer with a history of profitable underwriting and successful investment of profits. The stock is likely to deliver market-beating returns over the next decade for those patient enough to buy and hold shares.