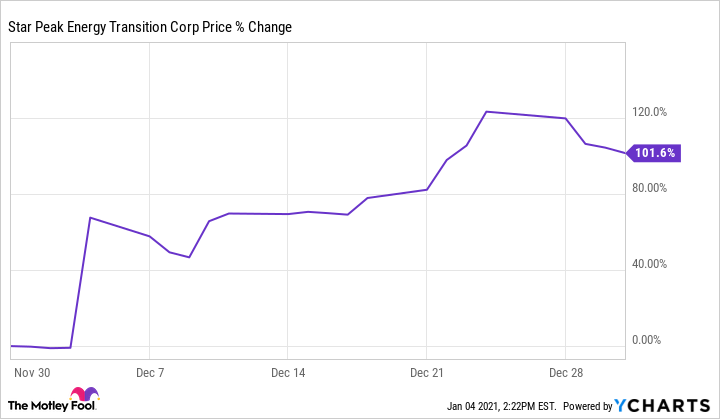 Star Peak Energy Transition published a press release on Dec. 4 announcing that it would be combining with Stem, an energy storage specialist with a heavy focus on artificial intelligence (AI). The transaction is expected to close in the first quarter of 2021, after which the combined company will begin trading under the new ticker symbol STEM on the New York Stock Exchange.

Star Peak Energy Transition had its initial public offering in August, and it's quickly made a splash in the clean energy space. The SPAC's move to acquire Stem was cheered by investors and quickly doubled the company's share price.

Stem's Athena software platform uses AI to improve performance of clean energy storage and improve distribution efficiency. Energy storage for batteries has been one of the most troublesome bottlenecks for renewable energy technologies, and the prospect of AI-influenced usage, distribution, and storage regulation could be revolutionary if executed at a high level. Star Peak sees a $1.2 trillion addressable market for Stem's energy storage systems.

According to the press release from Star Peak, the combined businesses will have an equity value of approximately $1.35 billion. The company is aiming to revolutionize the clean energy electrical grid. That's admittedly a tall order, but it's also not hard to see why investors are excited about the potential.

Star Peak's unit price has dipped early in January trading, and is down roughly 11% in the month so far. 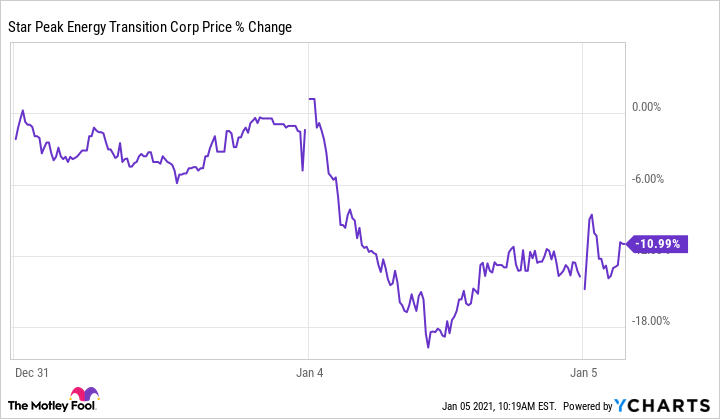 Star Peak Energy Transition remains a somewhat speculative investment, but there could be huge growth for clean energy technologies in decades to come. The SPAC's first major acquisition looks like a big hit, and early backers have already seen a great return on their investments.