Investors who are looking for good, cheap stocks to buy right now might want to consider the banking industry, which was badly beaten down in 2020 by the pandemic-related recession, credit default fears, and rock-bottom benchmark interest rates, among other issues. Analysts are more bullish about bank stocks for 2021, and among the good values to be found in the sector is Ally Financial (NYSE:ALLY).

Ally actually outperformed the market in 2020, but there are a few reasons to believe that the stock could continue to generate even better returns for investors in 2021 and beyond.

Ally stock ended the year up 20%

Ally Financial is an online bank with about $174 billion in assets. In a past life, it was known as General Motors Acceptance Corp., or GMAC, an auto finance company established by General Motors. So its roots are in the car loan business, and that remains by far its largest segment today, but the financial institution does offer mortgages, insurance, retail banking, and other services. 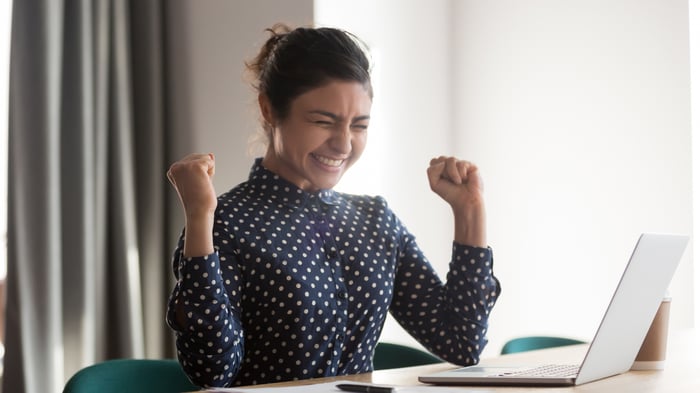 Ally struggled in the first half of 2020 when car buying slowed considerably due to the pandemic-related shutdowns, layoffs, and the recession. But things began to turn around in the third quarter, which included an uptick in new car sales and a surge in used car sales. The company originated $9.8 billion in auto loans that quarter, its highest volume in five years. Revenue rose 5% year over year and net income jumped 30% to $476 million, or $1.25 per share. Its return on equity was 13.6%, up 303 basis points.

After tanking in the first quarter, Ally's stock price bounced back to finish the year up by about 20%.

Reason for optimism in 2021

There are reasons to believe that Ally will continue to benefit from positive momentum in 2021 and beyond. The first is that the economy is expected to improve, and economic growth is good for banks in general. Economists at Goldman Sachs have revised their GDP forecast for 2021 upward. They now anticipate 6.4% growth this year, compared to their previous forecast of 5.9%. Among the points underlying that more upbeat view, the analysts anticipate that Congress will pass an additional $750 billion economic stimulus package in February or March -- an outcome that was made much more likely when Democrats gained control of the Senate.

That, in turn, should spark more consumer spending and borrowing -- including for cars. Fitch Ratings expects vehicle sales to rise by 10% in 2021. But even so, it doesn't foresee sales returning to 2019 levels until 2022. Still, for Ally, the long-term trend is a good one.

In addition, banks' provisions for credit losses will continue to drop back toward normal ranges. The money that financial institutions had to set aside in anticipation of those losses spiked last spring and summer.

Further good news for shareholders is that the Federal Reserve will allow banks to resume share buybacks starting this quarter on a limited basis. When companies repurchase their own stock, it improves their earnings on a per-share basis. And it's a particularly good financial move when the stock price is relatively cheap, which, in Ally's case, it is. Ally's price-to-book ratio now is 0.98, which means the market is valuing the whole bank at less than the value of the assets on its books.

During the third-quarter earnings call, CFO Jennifer LaClair said Ally "would like to move into a more normalized situation when it comes to repurchases ... especially with where our stock is trading relative to very strong book value growth." That was before the Fed's announcement.

Analysts are particularly bullish on Ally right now. Barclays recently upgraded its price target to $48 per share -- about 30% higher than where it's trading today.

So, Ally is a good value right now. After what could be a volatile first quarter, it should start seeing solid growth through 2021 and beyond, based on these trends and factors.