Shares of several electric-vehicle stocks are jumping today, but for different reasons. As of noon EST, the moves in these three names were as follows:

Nikola's stock has been climbing recently on news related to its battery-electric trucks, as well as industry news on hydrogen fuel cell technology. Yesterday, the company accelerated the momentum with an announcement of an agreement with Arizona utility officials that supports the "accelerated development of hydrogen-based fueling solutions for the transportation industry."

Canoo stock is moving on news reported by The Verge that the purpose-built electric vehicle start-up had talks in early 2020 with Apple related to an EV project.

Northern Genesis will be merging with electric bus and truck maker Lion Electric. The stock is moving after Lion Electric disclosed in an SEC filing that it has a deal with Amazon that could include an investment by the internet giant.

Nikola had a volatile 2020, but progress with the business has investors interested in the stock again. In addition to the hydrogen production agreement, a partnership announced yesterday between Plug Power and French automaker Renault to expand hydrogen fuel cell-powered vehicles in Europe reinforces Nikola's ambitions in the U.S. 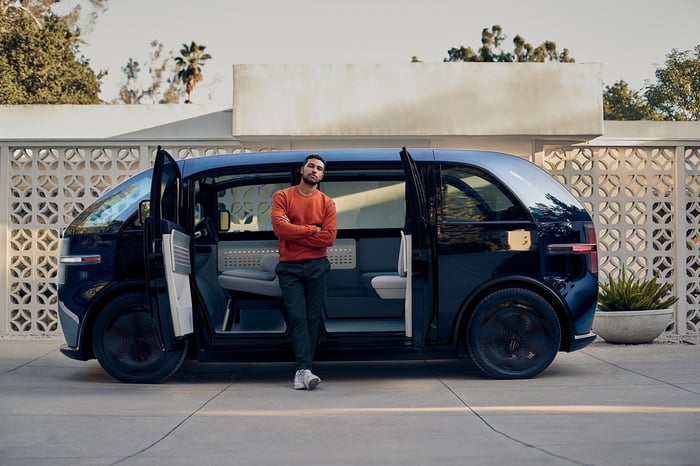 There is currently nothing substantial for Canoo investors regarding possible prior talks with Apple. And the company won't begin producing its vehicles until 2022. But in addition to its "lifestyle" van-like vehicle and a multi-purpose delivery vehicle (MPDV), the company is now also showing a silhouetted utility-like "home-truck" vehicle and "home-sport" car on its website that it says will be coming soon.

Investors speculating in the EV sector are happy to see progress. All three of these niche players are starting to show indications of growing a successful business. There will be a lot of competition along the way, however, and the businesses still have a long way to grow into current valuations, so investors will have to stay aware.