Shares of Jumia Technologies (NYSE:JMIA) traded up more than 10% as of midday EST on Wednesday, after a prominent investor best known for going short said the African e-commerce company's stock is poised to go higher after a great holiday season. The midday move is even more impressive considering shares of Jumia were down almost 5% on Wednesday prior to the tweet.

Jumia, a German company that provides e-commerce sales and services in a number of African countries, has been a battleground stock for the better part of a couple years. Bulls marvel at the potential of Jumia becoming the Amazon of Africa, while bears worry about the logistical and other hurdles it faces trying to get there. 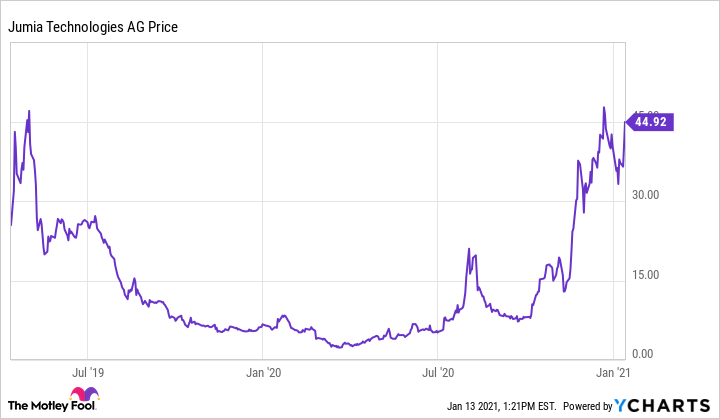 Jumia in 2019 was a target of short seller Citron Research, which called it an "obvious fraud." The stock is both up 500% in the last 12 months, and still largely unchanged from its early trading days. 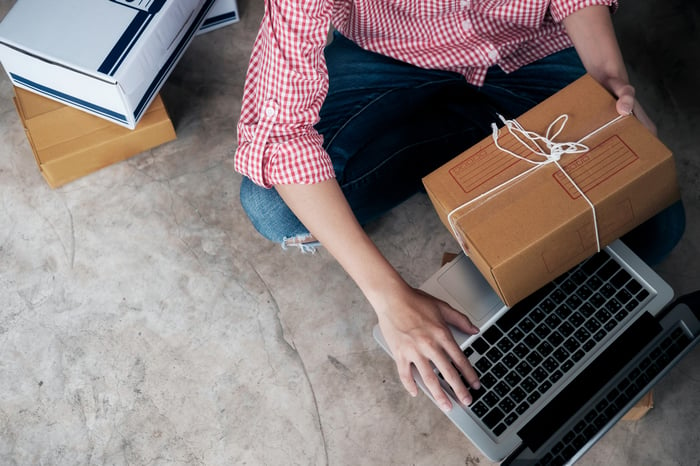 Citron has since had a change of heart concerning the company, and on Wednesday reiterated its bullish stance. The investment firm on Wednesday tweeted that the stock is likely to double from here.

Jumia, which currently trades at about $44.50 apiece, is "on its way to $100," according to Citron, which called it the "largest opportunity in e-commerce."

Citron attached a Jumia graphic highlighting business milestones in 2020, including the site's record 113 million visits on Black Friday 2020 and a 55% jump in transactions on Jumia's payment platform compared to Black Friday 2019. The firm said the Black Friday success "validated" Jumia's opportunity, and should bode well for the company's future.

$JMIA on its way to $100. Largest opportunity in E-Commerce Validated by Blowout Black Friday. New filing from Thursday shows Baillie Gifford just doubled their position and now owns >20% of shares outstanding. If this was SPAC would be $100 TODAY. pic.twitter.com/kRZu5fGfwS

Investors should note that Jumia remains an early stage company with a lot to prove and a lofty valuation. This company isn't yet the slam dunk success story that Amazon is, or that MercadoLibre is becoming in Latin America.

But there is also a lot to be excited about, and Wall Street on Wednesday is focusing on that potential.