Please ensure Javascript is enabled for purposes of website accessibility
Log In Help Join The Motley Fool
Free Article Join Over 1 Million Premium Members And Get More In-Depth Stock Guidance and Research
By Rich Duprey - Updated Jan 15, 2021 at 10:59AM

It was never a popular feature since its introduction in 2016.

The Touch Bar that Apple (AAPL -5.92%) called "revolutionary" and "groundbreaking" when it introduced the feature on its 2016 MacBook Pro laptop may be no more.

The tech giant appears to be bowing to consumer pressure to bring back physical keyboard keys rather than the touch- and gesture-sensitive control bar to adjust the computer's volume, display, and more. 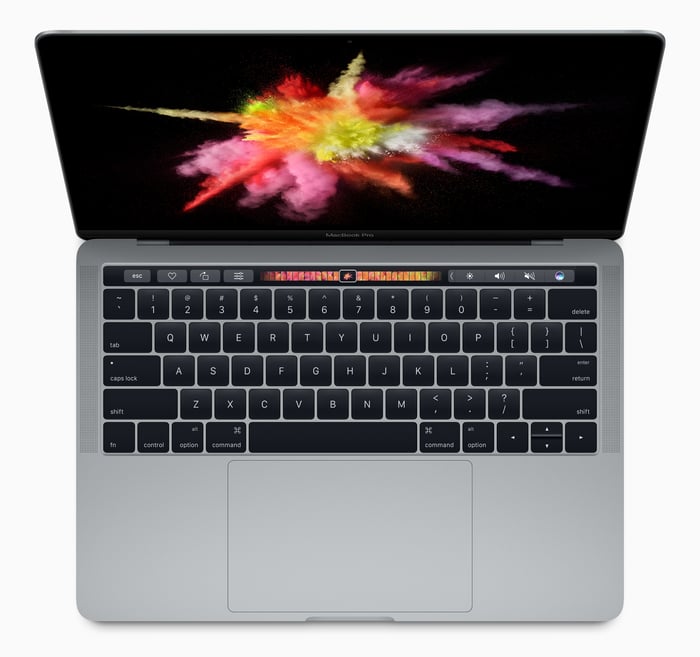 Apple-watcher website 9to5Mac reports TF International Securities analyst Ming-Chi Kuo says the new 2021 MacBook Pro, which Apple will introduce later this year, will feature a number of enhancements. But arguably the most notable will be what's missing: the Touch Bar.

The site says actual function keys have returned to the keyboard, even though the low-end 13-inch M1 MacBook Pro that Apple released last year had the Touch Bar intact. It's noteworthy because all of the M1 Macs are streamlined to largely feature the same hardware designs.

It speculates that Apple is responding to customer opinions about the innovation, which tended to be negative almost right out of the gate.

Back when the 2016b model was introduced, orders for refurbished 2015 MacBook Pros reportedly skyrocketed, reflecting consumer dissatisfaction with the updated design and the fact that Apple was pushing customers to buy increasing numbers of dongles to make their laptop functional.

Other changes the analyst reportedly said Apple is making to this year's model include Apple-designed ARM co-processors instead of Intel chips, the MagSafe charging connector, and more built-in IO ports to help minimize the number of dongles consumers need to purchase. The 2021 MacBook Pro will also come in 14-inch and 16-inch versions.