Please ensure Javascript is enabled for purposes of website accessibility
Log In Help Join The Motley Fool
Free Article Join Over 1 Million Premium Members And Get More In-Depth Stock Guidance and Research
By John Rosevear - Updated Jan 19, 2021 at 10:26AM

Shares of General Motors (GM -2.47%) opened higher on Tuesday, after the company announced that tech giant Microsoft (MSFT -0.51%) will join a new round of investment in self-driving start-up Cruise.

GM and Cruise said on Tuesday that they have entered into a "long-term strategic relationship" with Microsoft. Here are the key points of the deal:

Cruise's "post-money" valuation, meaning its valuation after this funding round closes, will be $30 billion, the companies said. That's why shares of GM, which holds a majority interest in Cruise, are higher today. 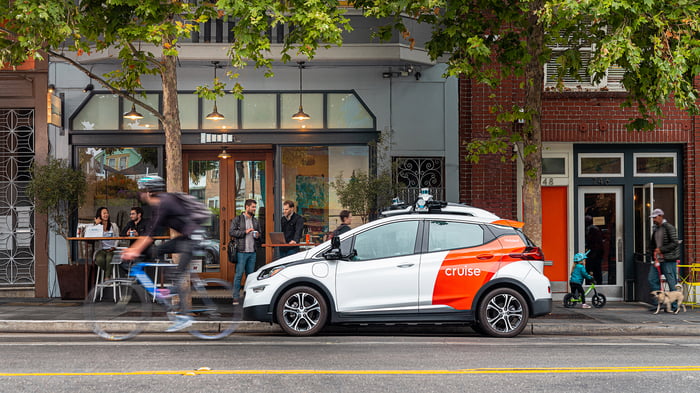 The size of Microsoft's investment wasn't revealed -- it's part of that "more than $2 billion" total -- but there's no doubt it's a significant deal for Cruise, and for Cruise's majority investor, GM.

I expect auto investors will learn more about the deal when GM reports its fourth-quarter and full-year 2020 earnings in early February.