The company decided to take advantage of a huge recent run in the stock.

After soaring more than 30% on Tuesday, shares of lithium mining company Lithium Americas (LAC -5.15%) were down 18% as of noon EST Wednesday.

The volatility comes from a whirlwind of news. Yesterday's jump came after the company announced a key federal permitting milestone was completed for its Thacker Pass lithium mining project in Nevada. Subsequently, the company said it would seek to raise $350 million in a new common stock offering. 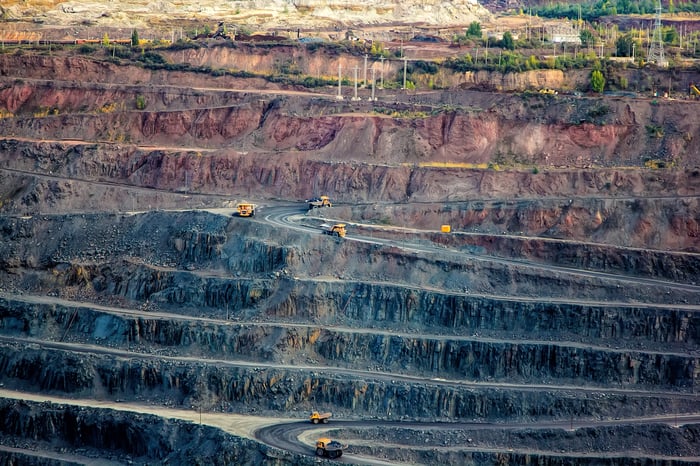 Lithium Americas has priced the stock offering at $22 per share, representing an approximate 18% drop from Tuesday's closing price. But significantly, the capital raise also comes at a share price level 75% higher than where the stock ended the final trading session of 2020.

The offering is expected to close on Friday, with the proceeds being used for the Thacker Pass lithium project and for general corporate and working capital, the company said.

The recent gains in the stock come as the company received the Record of Decision on the project from the U.S. Bureau of Land Management, opening up the path toward acquiring state permitting. Thacker Pass is one of two lithium carbonate mining projects for the company, and the only one in which it has full ownership.

The battery-quality product from the mines is intended to supply what is expected to be strong demand from a growing electric-vehicle industry. Today's financing news should be considered good for shareholders who want the company to continue to invest for the potential from the mining projects. Regardless, with the projects -- and the market itself -- not yet fully established, the stock remains a speculative investment.