The media-streaming veteran is just getting started on a very ambitious business plan.

Media-streaming technology developer Roku (ROKU 4.72%) had quite a year in 2020. Share prices soared 148% higher, driven by a steady beat of strong financial reports. In November's third-quarter update, the bottom line swung to a profit, while revenues rose 68% year over year. The entertainment industry was changed forever last year, and Roku is one of the best bets on the new era. Here's why you should buy Roku shares hand over fist right now and hold them for at least five years. 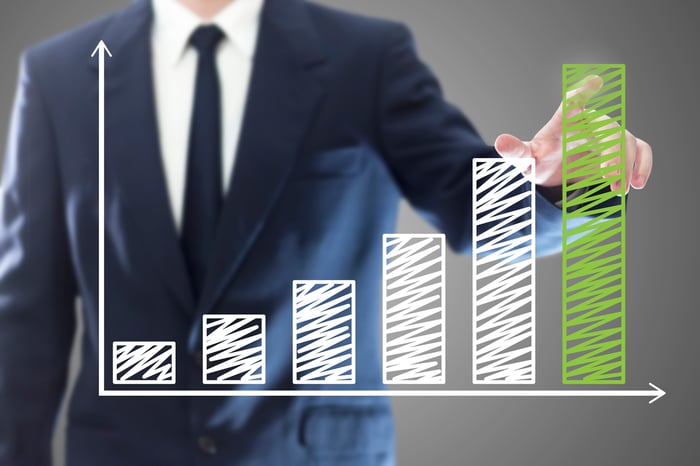 Roku's business plan is quite ambitious. Here's how the investor FAQ describes what the company does:

"Roku pioneered streaming for the TV, and we aspire to power every TV in the world."

This is done by connecting viewers to streaming content in a user-friendly way that's built on nearly two decades of market-defining experience. Roku also helps content publishers reach and monetize large audiences. The Roku platform has plenty of ad space available, adding advertisers as another stakeholder and a third revenue stream.

At the same time, Roku's product mix is shifting away from the old set-top boxes and other Roku-branded streaming devices. The new focus is on selling software and platform licenses to other hardware makers. That's a much more profitable operating model. Roku's profit margins are strengthening over time.

Roku's sales are not just growing, but also accelerating. In November's third-quarter report, revenues rose 73% year over year. The bottom line even swung from the usual net losses to a modest profit. The company added 2.9 million net new active accounts during the quarter, reaching a total of 46 million names. That's up from 32.3 million accounts in the year-ago period.

The key to Roku's long-term strategy is simple. Build a massive user base now, even if that means reporting slim or negative profits along the way. The game-changing cash profits will come later, when the company is ready to slow down its growth-boosting expenses.

Meanwhile, the streaming market is maturing in a hurry. The COVID-19 lockdowns of 2020 gave the fledgling industry a welcome boost, just as several major media companies were launching their own streaming platforms. Roku was an early partner and an important marketing vehicle when Walt Disney (DIS 3.29%) launched Disney+ and Apple (AAPL 2.54%) introduced Apple TV+.

Comcast (CMCSA 2.32%) dragged its feet before bringing HBO Max and Peacock to the Roku platform, but the media giant had no choice in the end. When HBO Max finally joined the Roku bandwagon in December, many analysts and investors saw it as the entertainment industry's final white flag. Any streaming service with serious growth plans must support the Roku platform. 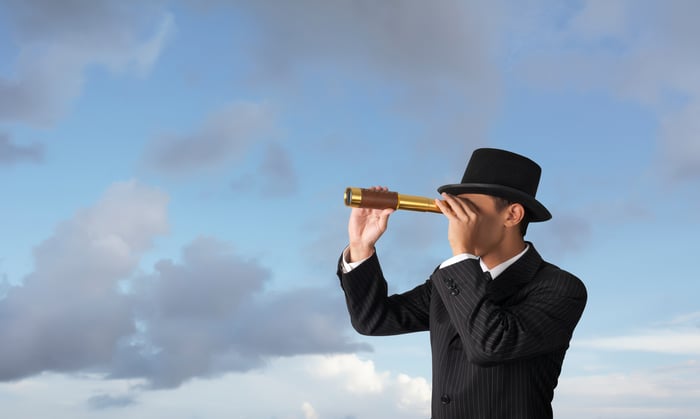 Come back in five years and you'll find that Roku has expanded its global footprint and top-line revenue streams. The combination of dramatically higher sales and wider profit margins should support consistently positive bottom-line readings at this time. Don't forget that Roku is following in the footsteps of longtime partner and role model Netflix (NFLX 2.17%) by picking up original content deals for its own Roku Channel. It won't be long before Roku starts to film some of its original content in-house.

Roku is the Switzerland of streaming media: the neutral platform that every hardware maker wants to use and every content publisher has to support. In the long run, the company will evolve into a one-stop shop for media solutions, ranging from publishing and advertising tools to a high-volume production studio of its own.

The stock is expensive today, but you're buying into a tremendous growth story that will make today's $55 billion market cap look cheap in five years. Growth investors like to skate to where the puck is going to be, not where it's been.