The sun is shining brightly on solar stocks.

A new president is in the White House, a new "green energy" policy mandate is on the horizon in Washington, and it's looking like a good day to own solar stocks. 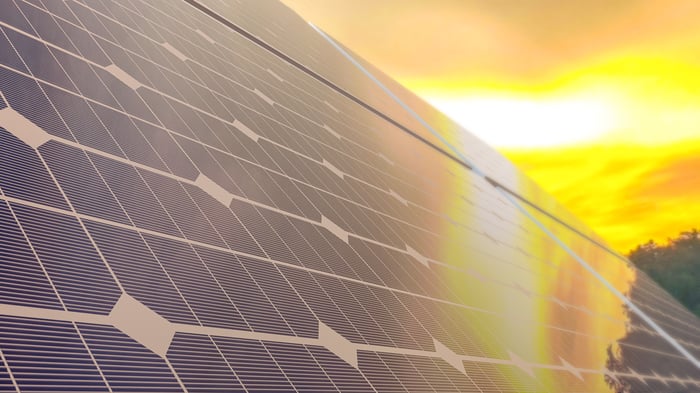 Why all the optimism today? Well, it's the upgrades first of all. J.P. Morgan handed out higher price targets to Enphase, Canadian Solar, and SunPower yesterday, valuing them at $230, $50, and $25 a share respectively. J.P. Morgan said it is "generally optimistic" about renewable energy under the new administration, and foresees "solid" secular growth in solar power going forward.

And the analyst has good reason to be optimistic. As GreenTechMedia reported yesterday, it took President Joe Biden just hours after his inauguration to sign executive orders requesting readmission to the Paris Climate Agreement, revoking permission to build the Keystone XL pipeline, and halting oil and gas development in the Alaskan Arctic National Wildlife Refuge -- reducing energy available to the U.S. from fossil fuels and, of necessity, placing greater reliance on renewables.

GTM predicts that renewable energy sources will provide 70% of new-built energy capacity this year, while the addition of rechargeable batteries for energy storage will represent another 11%. (So if you're a forward-thinking investor, today's stock rally in solar stocks might get you thinking that the next rally will be in battery stocks.)

Ultimately, Biden is said to be dedicated to "zeroing out U.S. electricity sector carbon emissions by 2035." With a potential $400 billion in federal funds being directed to this goal, there's probably still plenty of room for renewable energy stocks to grow over the next four years -- and beyond.