Please ensure Javascript is enabled for purposes of website accessibility
Log In Help Join The Motley Fool
Free Article Join Over 1 Million Premium Members And Get More In-Depth Stock Guidance and Research
By Jennifer Saibil - Jan 22, 2021 at 8:55AM

There was a lot of good financial news to report, along with one announcement that will be key to the streaming giant's future.

Netflix (NFLX 5.03%) stock was one of the winners during a pandemic that destroyed many businesses, and the streaming platform's success continued into the fourth quarter. Earnings results released this week show revenue increased 22% over Q4 2019 figures, and enrollment sailed past 200 million as the company added 8.5 million subscriptions and beat company expectations of 6 million additions.

Income came in below estimates at $542 million, an 8% decrease over 2019, but most notably, the streaming giant's management said the company would no longer need to raise external financing for daily operations. Netflix has had a cash flow issue for years, as it has had to invest in content without the money to cover it, so this is a big milestone.

Aside from those exciting announcements, there was another important number tucked into the earnings release. That number points to Netflix's strong efforts to address its increasing competition. 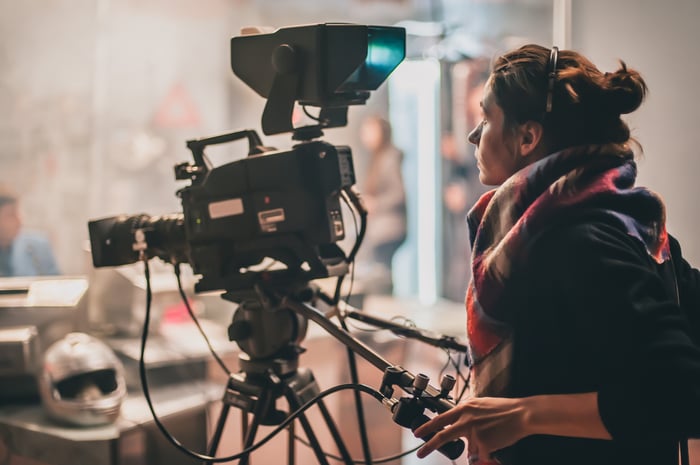 Staying strong in the face of competition

Netflix subscriptions increased quickly as the pandemic forced people into their homes. But several other companies quickly pivoted to streaming as well when other entertainment options, like theaters, closed their doors.

Disney (DIS 3.69%) launched its premium subscription channel, Disney+, in November 2019 before the pandemic put many under lockdown, which positioned it well to succeed. Approximately one year later, Disney+ had 87 million paying subscribers. Disney also owns Hulu, a general-entertainment streaming platform with 40 million subscribers that it took full control of in 2019; and ESPN+, a premium sports site with nearly 12 million paid subscribers. It also has international streaming sites under its Star brand, which it plans to expand in 2021.

AT&T launched HBO Max in May, and then made the surprise move in December to release 2021 Warner Media films to streaming simultaneously with their release in theaters. Comcast rolled out its own site, Peacock, in July, and there are several others already operating or being planned, such as Amazon's Prime Video and Roku's free channel.

Netflix CEO Reed Hastings isn't fazed by the new competition, and actually said that he was surprised it took them this long to embrace streaming. In today's world of digital adoption, there's room for many successful streaming enterprises. But to stand out and keep subscribers, you need content.

Disney's large (and popular) content library poses a formidable challenge. The company has an unbeatable media collection, and in its most recent conference call, it said that its various studios have over 100 new shows or films in production to distribute among its many channels.

In the fourth-quarter earnings report, Netflix said that it has over 500 titles in production. Last week, Netflix showed a trailer of films to be released in 2021 featuring A-list stars and said that a new film will debut every week, with more than 70 to be released over the year. To compete, Disney, which owns several film studios, has most of the highest-grossing films in 2019 and a trove of media content to fill several streaming, cable, and TV channels, as well as the talent and resources to produce excellent new content to keep subscribers happy.

Netflix's has learned a lot about producing its own content since it's early efforts beginning in 2012. Its upcoming slate of films includes renowned actors and directors, as streaming becomes standard and attracts better talent. The company needs to maintain quality content to keep retention rates high and win new customers, and it's following through on its plan.

This announcement of a huge influx of content is big news for Netflix, especially combined with the statement that it will stop selling debt. The ability to pay for original content and still make a profit is the company's best option for ensuring a strong balance sheet.

Netflix stock jumped after the earnings report as the company showed it still has the power to increase revenue, and the amount of titles in production is a great sign of more to come.