Please ensure Javascript is enabled for purposes of website accessibility
Log In Help Join The Motley Fool
Free Article Join Over 1 Million Premium Members And Get More In-Depth Stock Guidance and Research
By Will Healy - Jan 22, 2021 at 8:17AM

This is one idea investors should pin down.

If you want to find the best social media stock for 2021, put a pin in it. Social media giant Pinterest (PINS -2.90%) has not only developed a loyal fan base, but also delivered rising profits and returns to its investors. Its proven track record and broad, largely untapped user base give Pinterest unrivaled growth potential in the social media space.

Interestingly, Pinterest rejects the idea that it is a "social media" site. Instead, it considers itself a hub for idea-sharing. The company claims it is "where one goes to create the life they love."

The "ideas" approach seems to work for its audience. According to the company, 85% of its Pinners, or Pinterest users, turn to the site when starting a new project. The ideas often revolve around recipes, style, and home projects. 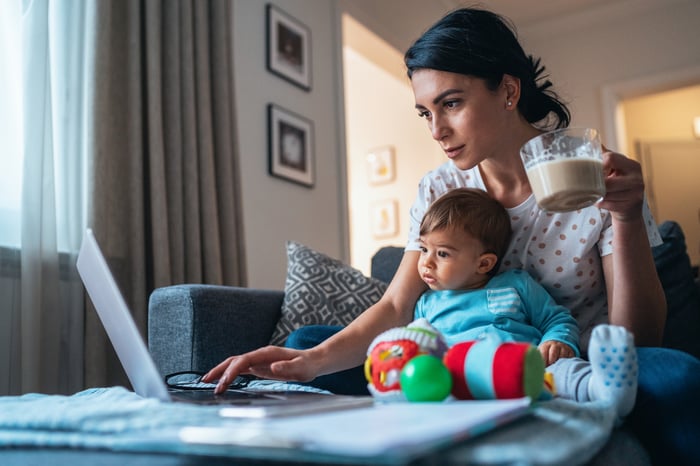 This model has taken the user base to 442 million monthly active users (MAUs) as of the end of the third quarter, up 37% year over year.

Pinterest has helped to turn some of this growth into revenue by partnering with Shopify. Thanks to this alliance, Pinterest users can now translate pins into shoppable product ideas.

Pinterest did not quantify how much the Shopify deal added to Pinterest's revenue. Nonetheless, in its Q3 2020 earnings call, president and CEO Ben Silbermann announced that engagement with Shopify's shopping services grew by more than 85% over the previous six months.

For now, this engagement heavily skews toward the U.S. Within the United States, the company generated an average revenue per user of $3.85, a 31% increase from the same quarter last year. However, the company's growth focus has turned more international. In the most recent quarter, Pinterest's non-U.S. ARPU amounted to only $0.21. Still, that figure rose 66% over the previous 12 months.

This growing popularity has translated into gains for both the top and the bottom lines. In the third quarter of 2020, revenue grew by 58% compared to the same quarter last year.

Owing mostly to the tripling of general and administrative expenses and the costs of share-based compensation, Pinterest continues to run an operating loss. Still, its quarterly loss of $0.16 per share significantly improved from its $0.23-per-share loss in the same quarter last year. Moreover, Pinterest would have earned $0.13 per share if not for factors such as the termination of a future lease contract and share-based compensation costs.

Share-based compensation, or the payment of employees through equity, came in at $91.6 million for the quarter, down from $130.3 million in the year-ago quarter. Management said this would remain a "significant recurring expense." Hence, this cost will probably reduce earnings for the foreseeable future.

Despite this loss, investors have focused mostly on revenue growth. Consequently, Pinterest stock skyrocketed more than 250% in 2020. If we include the shares' additional increases in 2021, that growth rate since the beginning of 2020 almost reaches 300%. 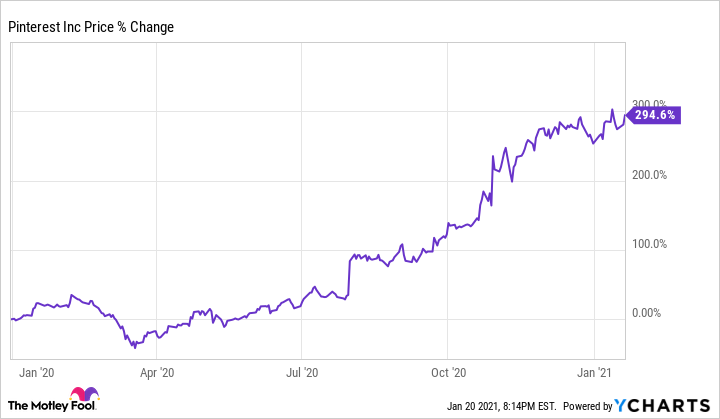 Pinterest declined to give a profit outlook for Q4. Still, it forecasts a 60% increase in revenue as users and advertisers continue to flock to its site.

Pinterest not only benefits from a proven model, but it also holds tremendous potential for growth. Its identity as a hub for ideas separates it from other social media peers. Moreover, it has built the platform and the partnerships needed to monetize the site.

As it expands internationally and benefits from an increase in advertising, it should not only achieve profitability but also pin further gains for this media stock.