The industrial conglomerate looks to build on its turnaround momentum with its fourth-quarter earnings report.

The COVID-19 pandemic hurt most of General Electric's (GE -0.56%) business units in 2020. Nevertheless, the industrial giant reported strong sequential improvement in its financial results in the third quarter. Earnings still declined significantly on a year-over-year basis, but the company returned to profitability and generated positive free cash flow as business activity began to restart.

GE will report its fourth-quarter results tomorrow morning. Here are some key points for investors to focus on as they evaluate the company's turnaround progress.

Despite generating positive free cash flow in the third quarter, GE's core industrial business burned $3.76 billion of cash in the first nine months of 2020. However, management projected three months ago that GE would generate at least $2.5 billion of industrial free cash flow in the final quarter of 2020. (Historically, GE's cash flow tends to be seasonally strong in the fourth quarter.)

CEO Larry Culp indicated that General Electric's aviation business would be the key to its fourth-quarter performance. In recent years, GE Aviation has emerged as the industrial conglomerate's biggest and most profitable business, but the pandemic hit it particularly hard. If the aviation business performed well last quarter, GE may have produced significantly more than $2.5 billion of industrial free cash flow -- perhaps getting close to cash breakeven for the full year. 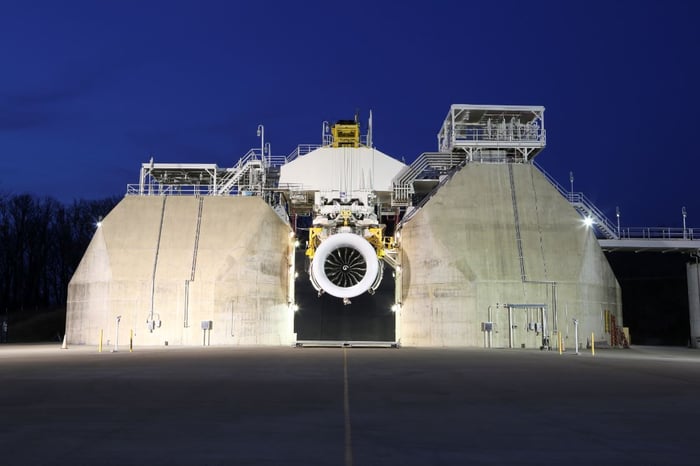 Air travel activity certainly picked up last quarter relative to the third quarter, as people grew more comfortable traveling during the pandemic. However, a surge in COVID-19 cases across much of the world eroded the recovery's momentum beginning in November.

Even so, GE Aviation could be starting to benefit from anticipation of a demand recovery later this year. For example, United Airlines recently reported that it has restarted engine overhauls -- the key driver of GE Aviation's service revenue -- in order to have its fleet ready when demand returns. Thus, while demand for new engines won't recover soon, the aviation segment's high-margin services revenue may be rebounding already. That momentum will likely accelerate steadily over the course of 2021.

Progress in the turnaround businesses?

GE's power and renewable energy segments burned a combined $2.5 billion of cash in 2019. The power business has struggled with high costs and declining demand for fossil fuel power. The renewables segment participates in the fast-growing wind power market, but pricing pressure has weighed heavily on profitability. 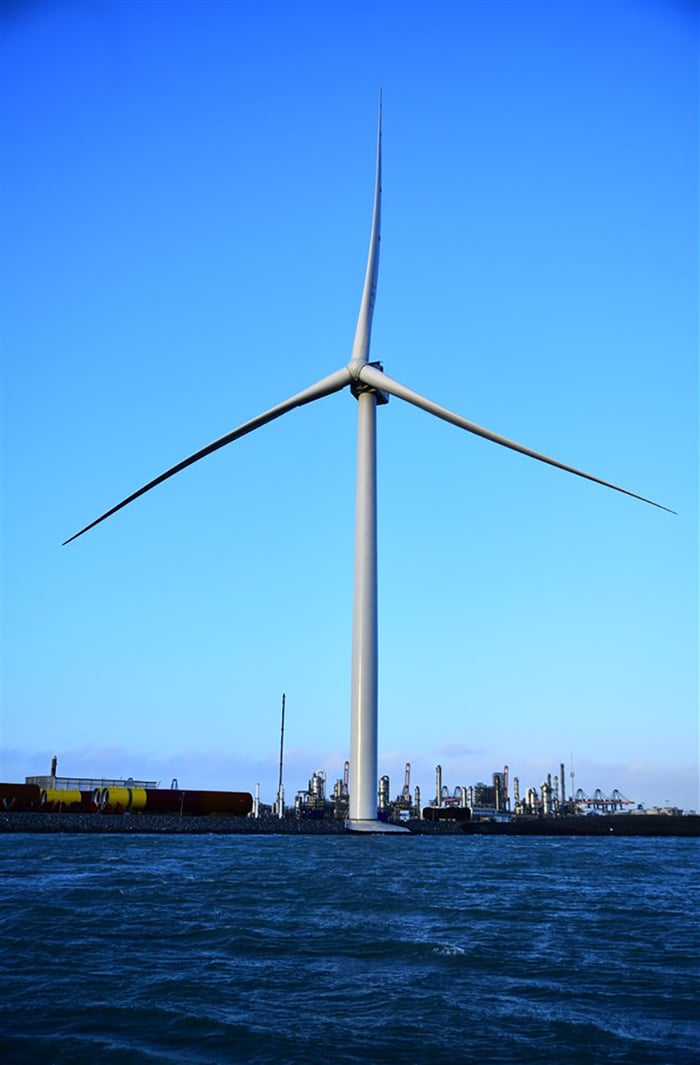 Over the past two years, General Electric has become much more careful in underwriting new deals. It now prioritizes profitability, whereas it previously got into trouble by chasing growth at any cost. This strategic shift is already paying off for the power segment, which reported that its segment margin increased by 7.4 percentage points year over year in the third quarter. Investors should be looking for continued margin improvement in Q4.

The renewables segment is earlier in the turnaround process. But it has the advantage of significant growth potential. GE Renewable Energy has announced several major contract wins in recent months. It also officially booked turbine orders for the first phase of a massive offshore wind project in the U.K. last quarter. Investors will want to see how much that deal boosted the segment's overall order activity for the quarter and whether it gives management the confidence to forecast another year of revenue growth and margin improvement for the renewable energy business.

Finally, investors should pay close attention to GE's plans to continue strengthening its balance sheet. The company reduced its debt by $11.7 billion in the first three quarters of 2020. Last month, GE said it would exit 2020 with debt down $16.6 billion from a year earlier, after repurchasing $2.17 billion of debt through a tender offer and repaying debt that matured in the fourth quarter. GE also contributed $2.5 billion to its pension plans last month.

These moves chipped away at the $39.2 billion of cash GE held at the end of Q3, but the company is still holding more cash than normal to protect against further volatility in its business. Moreover, GE will likely generate positive free cash flow this year, while also bringing in billions of dollars of cash by continuing to sell off its shares of Baker Hughes.

If vaccines tame the pandemic by the end of 2021, GE won't need this extra cash buffer anymore. Investors should look out for any hints by management about when and how the company might deploy its excess cash to continue strengthening its balance sheet. After all, once GE finishes fixing its balance sheet, the company will be able to turn its attention to returning cash to shareholders via dividend growth and share buybacks.