Please ensure Javascript is enabled for purposes of website accessibility
Log In Help Join The Motley Fool
Free Article Join Over 1 Million Premium Members And Get More In-Depth Stock Guidance and Research
By Jim Halley - Jan 26, 2021 at 7:07AM

These three stocks all have solid dividend yields for income and expected growth -- just what you need to help fund your retirement.

When you're choosing the right stocks to help fund your retirement, you need stable, safe income producers -- companies that have steady, if not spectacular growth, with above-average dividend yields. But that doesn't mean you have to buy the same stocks your grandparents did.

Ideally, the stocks you pick are on the cusp of trends that are going to climb for years. Where's the growth? You can look for stocks in healthcare, pet care, and 5G technology, just to name a few sectors. Healthcare should be an obvious pick, as our population is aging and healthcare needs are expected to grow. The growth in spending on pets has been exponential and was further spurred during the pandemic. Lastly, 5G is the next big thing in technology, and the companies associated with it are sure to benefit. 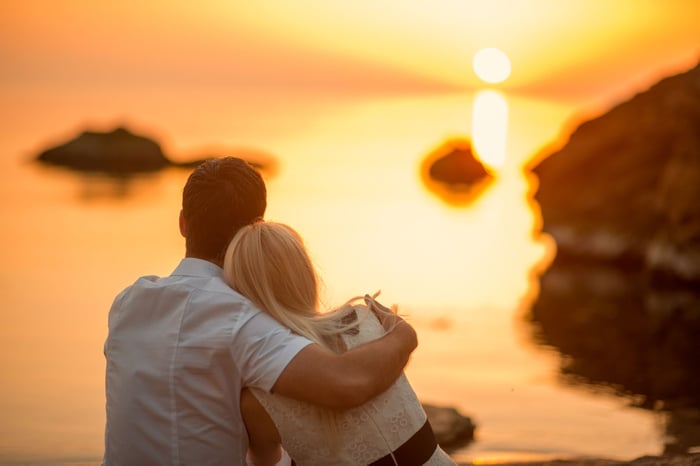 1. AbbVie: An outstanding dividend, plus growth

AbbVie is a retiree's dream stock. The pharmaceutical giant's shares are up more than 32% over the past year.

It began as a spinoff of Abbott Laboratories in 2013, but counting its time with Abbott, it is a Dividend Aristocrat with 48 consecutive years of dividend growth. Since 2013, the company has increased its dividend 225%, including a 10.2% gain this year. Its quarterly dividend of $1.33 a share offers a yield of 4.34%. Despite that pleasantly high number, it could easily go higher. While its payout ratio is a scary 97, the company's cash dividend payout ratio is only 47%. 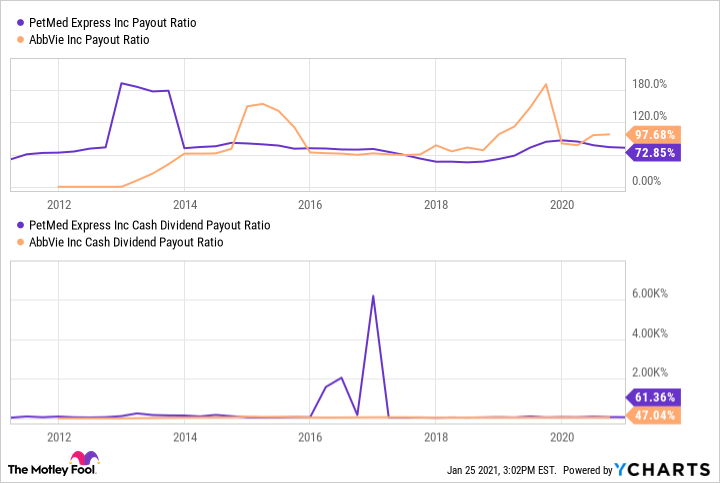 AbbVie is also a predictable growth stock with increased revenue every year. It's on track to increase revenue again in 2020 with reported revenue of $31.9 billion through the first nine months of 2020, up 30% year over year.

The company's lead therapy is Humira, an immunosuppressant. Much has been written about how biosimilars are cutting into its profits. Still, through the first nine months of 2020, Humira posted $14.6 billion in revenue, up 3% over the same period in 2019. AbbVie has a huge group of up-and-coming drugs as well. Blood cancer drug Imbruvica brought in $3.9 billion, up 13.9% through nine months. Two auto-immune drugs -- Skyrizi, which treats plaque psoriasis, and Rinvoq, which treats rheumatoid arthritis -- reported revenue through nine months of $1 billion and $450 million, respectively. That was in their first full year of sales.

Shares of PetMed Express, an online pet pharmacy, are up more than 44% over the past 12 months. The company is headed for its fifth consecutive year of annual revenue growth, with a compound annual revenue growth of 32.87% in that period. The company's quarterly dividend of $0.28 per share gives it a yield of 3.69%, and the dividend has grown 124% over the past decade. Its cash dividend payout ratio is a little high at 61%, but given the company's growth, it's still sustainable.

In the company's third-quarter earnings report, which was announced on Tuesday and included its numbers through Dec. 31, the company had net sales of $65.9 million, up 10% year over year for the quarter. Through nine months of 2020, sales were $237.5 million, up 13.2% over the same period in 2019.

PetMed Express fits the need of retirees because it has consistent growth, and a record of dividend growth with a sustainable payout ratio.

Crown Castle International is a real estate investment trust (REIT) that owns, operates, and leases wireless towers and antennas. The company's share price is up more than 9% over the past year.

The growth of 5G networks means quicker connectivity for online use, particularly mobile online use. But 5G signals don't travel far, so more cell towers and small cell fiber-connected antennas are needed to keep us connected.

That's one area where Crown Castle will benefit. The company owns 80,000 route miles of fiber cable and more than 40,000 cell towers. It also leads the U.S. with roughly 70,000 small cells, which are attached to existing structures such as streetlights and utility poles.

Crown's quarterly dividend was raised 10.8% this year to $1.33 per share, offering a yield of 3.09%. The company says that its goal is to continue annual dividend growth of 7% to 8%. Over the past decade, the company's funds from operation (FFO) have risen 331% while its dividend has increased 280%. In the third quarter, Crown's adjusted FFO was $1.56 per share, a growth of 6% year over year. This keeps its dividend payout ratio at 85%, which isn't high for a REIT, especially one with Crown's steady cash flows that come from long-term leases. 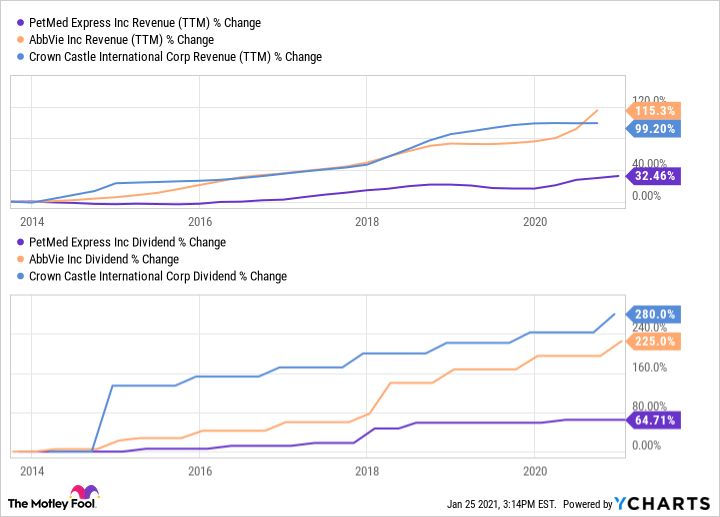 It's hard to go wrong with any of these stocks in your retirement portfolio.

PetMed Express may be the best bargain of the three with a price-to-earnings ratio of 19, but it doesn't have the dividend history that AbbVie has. Crown Castle International has the best chance of exploding growth, but for now, it is the most expensive of the three with a price-to-free cash flow ratio of 60. Of the three, AbbVie is the easiest choice because it has the highest dividend yield, strongest dividend growth history, and greatest track record of revenue growth.