They hydrogen fuel company reveals what it will do with some of the capital it has recently raised.

Hydrogen fuel cell maker Plug Power (PLUG -6.64%) has had an eventful start to 2021. The company announced two major international business agreements in January and raised additional capital as its share price soared more than 120% since the start of the year.

Today, shares of Plug Power gained after it was reported the company will put some of that capital to work with plans to build a new green hydrogen plant. As of 2 p.m. EST, shares were 2.3% higher after rising nearly 5% earlier in the trading session.

The company plans to build a $264 million plant in Genesee County, New York to produce green hydrogen for freight transportation and materials-handling equipment, The Buffalo News reports, citing documents filed with the state. 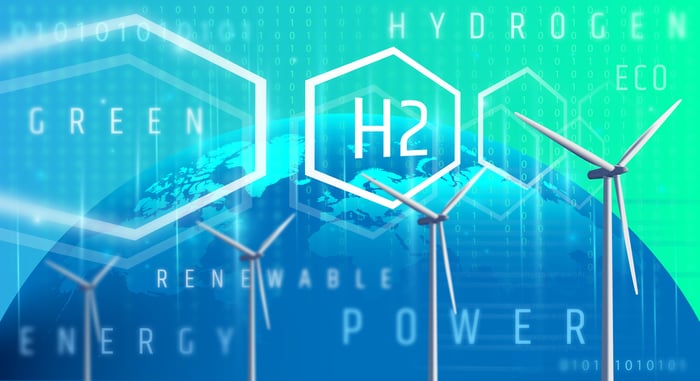 Plug Power has recently also announced deals with South Korea's SK Group and French automotive company Renault (RNSDF -0.98%) that have helped boost shares. The agreement with SK Group will give the South Korean company a 10% stake in Plug Power with a $1.5 billion investment. Separately, the company and Renault announced their intention to create a 50-50 joint venture to integrate Plug Power's fuel cell technology into commercial vans in Europe.

Plans for the newly announced plant call for it to be completed by the end of 2022. The electrolysis process will produce green hydrogen used for "on-road and off-road applications." In its application, the company said "it is likely to serve as a catalyst for the development of future projects associated with the buildout of a green hydrogen infrastructure."

Shareholders should be happy to see new capital going to expand use of the technology. But recent sharp gains in the stock mean there is much more business expansion needed for the company to grow into its valuation.