The Everything Store just took another step toward its 2040 goal of achieving carbon neutrality across its businesses.

Demonstrating its ongoing commitment to tackling climate change, Amazon (AMZN 3.58%) is reducing the carbon footprint of its vehicle fleet. According to Reuters, Amazon has ordered more than 1,000 vehicles powered by engines from a joint venture between Cummins (CMI 4.91%) and Westport Fuel Systems (WPRT 4.63%). Citing a source familiar with the deal, Reuters reports that the more than 1,000 vehicles -- which will power Amazon's vehicles operating between warehouses and distribution centers -- are capable of running on both renewable and non-renewable gas.

In a statement regarding the deal provided to Reuters, the company said that "Amazon is excited about introducing new sustainable solutions for freight transportation and is working on testing a number of new vehicle types including electric, CNG [compressed natural gas], and others." 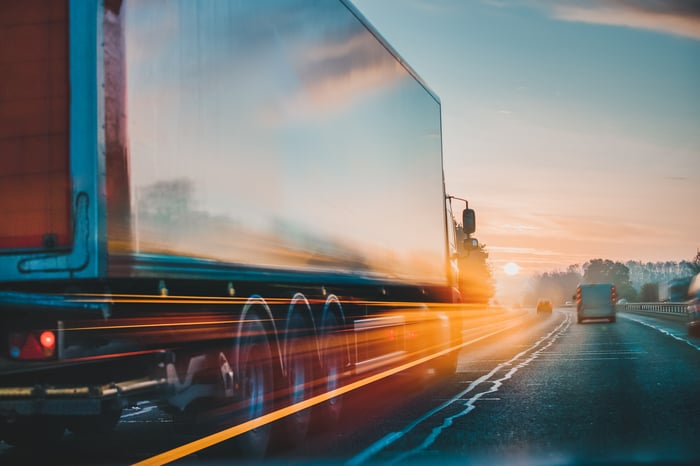 While the order from the Cummins-Westport joint venture is the most recent effort that Amazon has made toward shifting its vehicle fleet away from conventional engines, it's far from the only noteworthy deal the company has inked. Last October, Amazon announced an order for 100,000 electric delivery vans from Rivian.

Editor's Note: An earlier article misidentified Amazon as purchasing engines rather than vehicles. The Motley Fool regrets the error.