Please ensure Javascript is enabled for purposes of website accessibility
Log In Help Join The Motley Fool
Free Article Join Over 1 Million Premium Members And Get More In-Depth Stock Guidance and Research
By Keith Noonan - Feb 6, 2021 at 8:27AM

What does the energy contract seller have to do with GameStop?

Shares of Just Energy Group (JE -18.71%) rose 43.7% in January, according to data from S&P Global Market Intelligence. The stock likely benefited from the short-squeeze mania kicked off by explosive gains for GameStop, AMC Entertainment, and a handful of other heavily shorted companies.

The number of Just Energy shares sold short had nearly doubled in December to reach roughly 635,000, while total shares traded across the month came in at just under 796,000. Investors seeking potential turnaround plays with large or rising short interest appear to have poured into the stock in January, and it resulted in big gains for the otherwise beaten-down company. 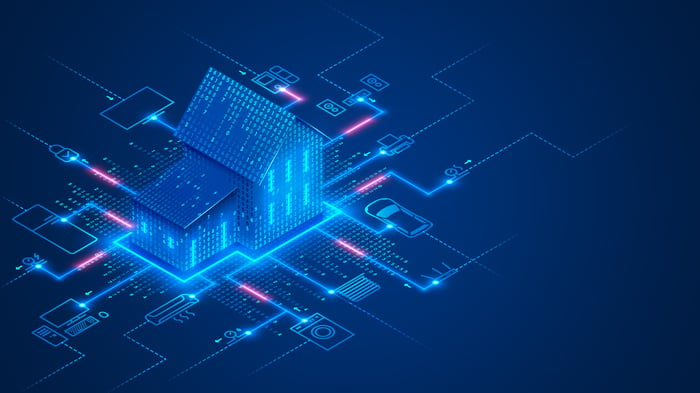 While Just Energy's overall short interest wasn't anywhere close to GameStop's, the stock may have stood out due to being an out-of-favor small-cap with relatively low trading volume. Even after recent gains, Just Energy's share price has sunk roughly 85% over the last year. The big decline corresponded with the company increasing its outstanding share count by roughly tenfold.

Just Energy has been issuing new shares to fund operations and help the company restructure. Its stock is primed for volatile swings even if it doesn't receive continued attention from short sellers or investors seeking the next potential short-squeeze play.

Just Energy stock has continued to climb early in February's trading. The company's share price is up roughly 16.7% in the month so far. 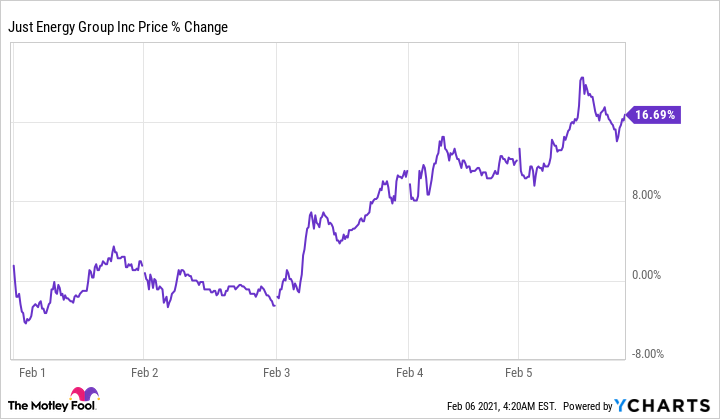 Just Energy previously depended on in-person energy package sales and has faced challenging operating conditions amid the coronavirus pandemic. However, management's most recent guidance suggested that some of these pressures are starting to wane and allow for improved performance. The company has also been focusing on reducing expenses and recapitalizing in order to improve its financial health, and investors should get an update on that progress in Just Energy's upcoming third-quarter report.

Just Energy has a market capitalization of roughly $376 million and is valued at just a fifth of this year's expected sales.