Please ensure Javascript is enabled for purposes of website accessibility
Log In Help Join The Motley Fool
Free Article Join Over 1 Million Premium Members And Get More In-Depth Stock Guidance and Research
By John Rosevear - Feb 8, 2021 at 11:41AM

The SPAC announced a deal to merge with an innovative EV charging company.

Volta is an electric-vehicle (EV) recharging network. The company's business model focuses on locating charging stations near retailers. Volta's chargers incorporate large digital displays that can provide advertising and messaging for nearby stores and restaurants; the advertising revenue helps to support the stations. 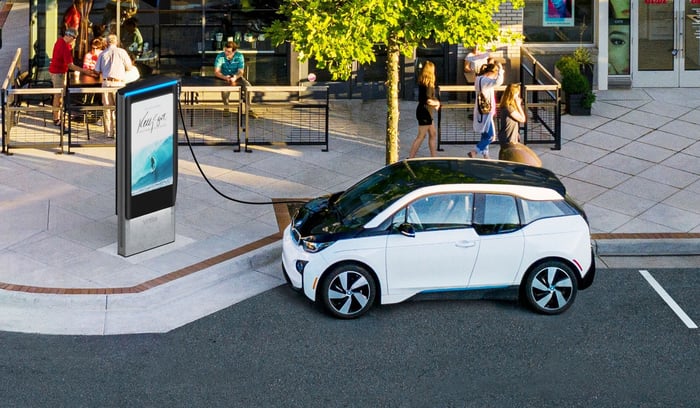 Tortoise and Volta said on Monday morning that they have agreed to a deal that will take Volta public via a merger with Tortoise. Here are the key points:

That's why the stock is up today.

Of note to auto investors, this isn't the first rodeo for the Tortoise II team. The SPAC is led by several veterans of the similar deal that took electric-truck drivetrain start-up Hyliion public last year, including CEO Vince Cubbage and CFO Stephen Pang; they know the EV space well.

The deal is expected to close by the end of June.