Please ensure Javascript is enabled for purposes of website accessibility
Log In Help Join The Motley Fool
Free Article Join Over 1 Million Premium Members And Get More In-Depth Stock Guidance and Research
By Cory Renauer - Feb 10, 2021 at 7:25AM

Can this under-the-radar biotech and its hereditary angioedema candidate produce more gains for investors?

The biotech industry's a wonky place where the outlook for a company's future can, and often does, change overnight. Successful clinical trial results for a potential drug from KalVista Pharmaceuticals (KALV 0.62%) caused its stock price to rocket 114% higher on Tuesday. Investors are right to wonder if there's still fuel in the tank to push it even higher.

Before making any predictions about KalVista Pharmaceuticals' future, we should take a quick look at what drove the stock higher. 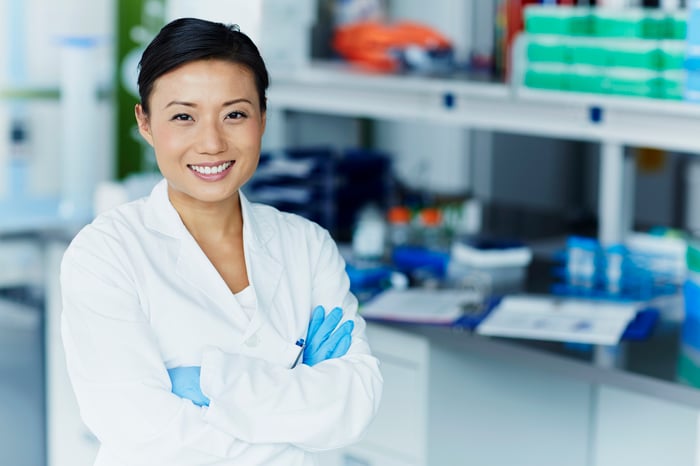 In this double crossover study, 68 people with HAE received tablets containing a placebo or KVD900 to be taken after the first signs of an acute HAE attack. Patients that had the placebo the first time around took KVD900 before their second attack and vice versa.

Why the stock could climb higher

Takeda (TAK 0.54%) markets a handful of treatments for HAE patients. Those treatments generate over $1 billion in combined annual sales. Takeda's most successful new HAE treatment, Takhzyro, is a kallikrein inhibitor that needs to be injected regularly to prevent flare-ups.

KalVista's KVD900 is a kallikrein inhibitor that can be taken orally as needed, which could be preferable for HAE patients who don't want a big injection every other week. Investors should note that KVD900 is intended for use only at the first sign of a flare-up and won't compete directly with Takhyzro.

Despite the stock's recent run-up, the company's market cap is still less than $700 million at recent prices. While KalVista Pharmaceuticals stock is priced reasonably for a company with a potential new acute HAE treatment ready for late-stage development, it doesn't look like the market has considered the rest of the company's pipeline.

Analysts following KalVista were quick to point out that successful results from KVD900 bode well for KVD824, a twice-daily pill to prevent HAE attacks that could compete directly with Takhzyro. KalVista's also developing oral factor XIIa inhibitors to treat HAE and could have one ready to enter clinical-stage trials in 2022. 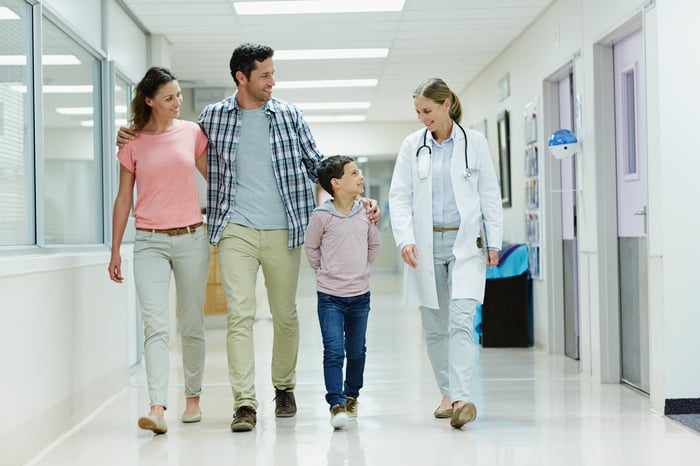 The Food and Drug Administration will probably require KalVista Pharmaceuticals to show KVD900 can succeed in another randomized controlled trial. If KalVista's really confident about KVD900's ability to succeed in the commercial setting, the company will quickly begin a pivotal study that compares it to available treatments in addition to a placebo.

Early stage clinical trials with KVD824 didn't set off any fireworks for KalVista, and it's been over a year since the company told us a larger phase 2 trial would begin in the second half of 2020. The company now expects to request permission from the FDA to begin its phase 2 trial with KVD824 before the end of March.

Companies that know they have a winner tend to move fast, so KalVista's slow dance with KVD264 most likely means the company lacks confidence in its ability to compete in the commercial setting. Last December, the FDA approved the first oral prophylactic for HAE, Orladeyo, from BioCryst (BCRX -1.11%). During a study leading to its approval, Orladeyo reduced patients' angioedema attack rate by two-thirds.

KalVista Pharmaceuticals has only just begun animal studies for its third experimental HAE treatment. While the company is taking an interesting approach, it's going to be at least another year before we can apply any significant value to its third program. Since the KVD900 program is the only one we can safely assume has a significant value, this stock probably isn't worth the risk at the moment.