A big-name analyst has some hard questions.

Shares of electric-truck start-up Lordstown Motors (RIDE 5.29%) were trading lower on Friday. A Wall Street analyst with a large following among electric-vehicle investors initiated coverage of Lordstown with a bearish take.

Morgan Stanley's auto analyst, Adam Jonas, is well-known to auto investors for his bullish thoughts on Tesla (TSLA 5.14%) over the last several years. Alas for Lordstown fans, he's not nearly as bullish on the Ohio start-up. In a note released late on Thursday, Jonas initiated coverage of Lordstown Motors with an underweight rating and a price target of $18, about 41% below the stock's Thursday closing price. 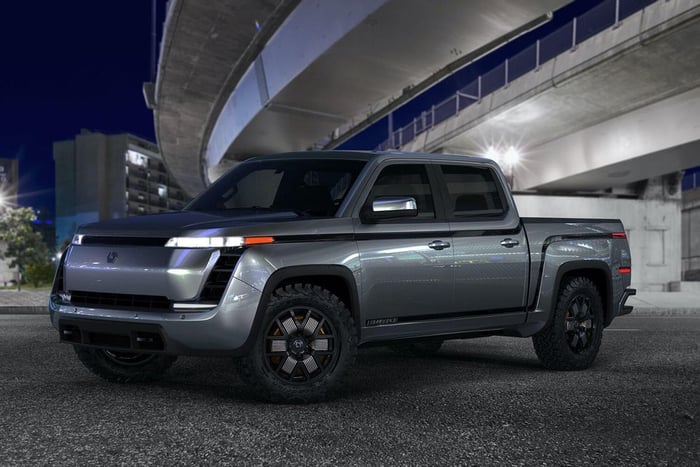 The Lordstown Endurance looks like a good electric truck for commercial fleets. But if your job was on the line, would you take a chance on this truck over a Ford? Image source: Lordstown Motors.

Jonas' take is pretty straightforward: While Lordstown has the advantage of a veteran management team and benefits from having acquired a "nearly free" factory from General Motors (GM 2.69%), its electric pickup truck is about to face a flood of competition. As Jonas sees it, many of those competitors will have significant scale and distribution advantages, which could make it very difficult for Lordstown to get enough market traction to become profitable.

I've never shied away from quibbling with Jonas' takes, but it's hard to argue with his primary point here. Not only are better-funded recent entrants like Tesla and Rivian aiming for the electric-pickup market, but the biggest name in the pickup-truck business -- Ford Motor Company (F 3.68%) -- has bumped up the release of its battery-electric F-150 to the first quarter of next year.

The success of Ford's impressive Mustang Mach-E suggests that the electric F-150 will likewise be an impressive product. If so, it'll be very hard for commercial-fleet managers to convince themselves (or their bosses) to take a chance on a start-up's trucks instead.

That said, I think Lordstown could still find a niche in the market for electric commercial vehicles, which is likely to grow quickly, maybe faster than the big names can ramp up to meet demand. But it's hard to see the company becoming a major player in the longer term, given the massive scale and distribution advantages that companies like Ford, GM, and Tesla will bring.

Is Lordstown Motors Stock a Buy?