"Grand Theft Auto V" sold the most copies in seven years during 2020.

Once again, Take-Two Interactive's (TTWO 11.78%) Grand Theft Auto franchise was a standout performer in the fiscal 2021 third quarter. Even with total revenue down year over year, the quarter exceeded management's expectations, with recurrent consumer spending up 57% year over year and accounting for 62% of the entire business.

The continued outperformance of Grand Theft Auto (GTA), a game that launched in 2013, is eye-opening. Take-Two's expertise at building these open-world, sandbox games, that give players a large virtual world to explore and complete in-game tasks with friends, is starting to look like a competitive advantage, especially considering the recent misstep of one of Take-Two's peers.

Polish game developer CD Projekt (OTGL.Y 8.87%), which is famous for its Witcher game franchise (based on a book series that is also the basis for the popular series on Netflix), recently attempted to launch its own GTA-style experience with the release of Cyberpunk 2077 in December, but it stumbled badly. 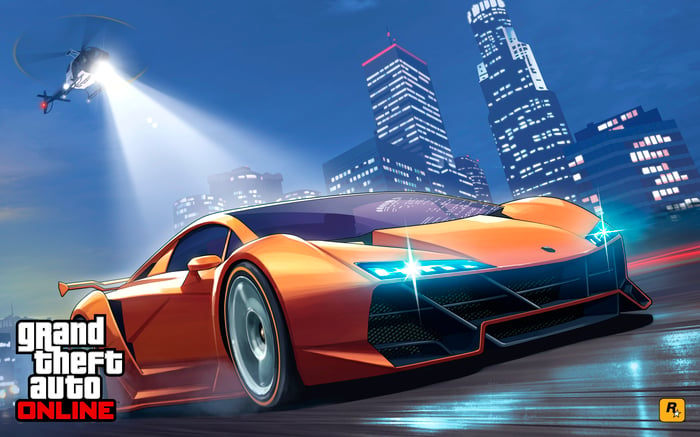 Cyberpunk's highly anticipated release was overshadowed by numerous bugs and glitches that rendered the game unplayable on the console version, while still being a less than optimal experience on PC.

When it's working properly, Cyberpunk 2077 is enjoyable and shows why the game was one of the most anticipated releases in recent years. Even with the game's problems, it still managed to sell 13 million copies in the first week of launch, but the damage was done -- CD Projekt has lost its sterling reputation, and the company's share price has plummeted off its highs.

While the Warsaw-based company has talented people working on games and can recover, poor decisions were made to release Cyberpunk 2077 well before the game was ready. That will certainly make gamers think twice before pre-ordering a new release from the company again.

The most important takeaway from this episode is the striking contrast with Take-Two's approach, where a commitment to perfection has led to franchises like Grand Theft Auto and Red Dead Redemption continuing to grow.

During Take-Two's fiscal 2021 third-quarter conference call last week, Cowen analyst Doug Creutz referenced CD Projekt's misstep by calling it "a clear case of that studio's reach exceeding their grasp." Creutz asked management what they are doing to make sure they don't run into the same problem down the road. Here's how Take-Two CEO Strauss Zelnick responded.

[I] think the case that you're alluding to reflects the fact that you're always better served to wait for perfection if you can create perfection and all of our labels are seeking perfection, and we don't always succeed.

CD Projekt should have taken a cue from Take-Two's Rockstar Games, the maker of Grand Theft Auto, which delayed the release of Red Dead Redemption 2 for over a year before releasing the game in the fall of 2018. Unlike Cyberpunk 2077, Red Dead Redemption 2 launched to glowing reviews and has gone on to sell 36 million copies.

Likewise, Grand Theft Auto V has now sold 140 million copies, making it one of the most successful gaming titles in history. The franchise dates back to the 1990s and has sold a cumulative 270 million copies. Comparing the sales of GTA V with the cumulative total shows that it's continuing to get more popular with time.

It's obvious that patience is valued in Take-Two's corporate culture. The company has been criticized for its long development cycles. We're still waiting on the next installment of the Grand Theft Auto series after seven years, and it took eight years before Rockstar launched the second installment in the Red Dead Redemption franchise.

As Zelnick said, Rockstar puts "out material that they really believe in, that they're passionate about and that is of the highest possible quality." He added, "It means we don't necessarily know the exact release date. But what we do know is that we will wait for it to be as close to perfect as anything can be." 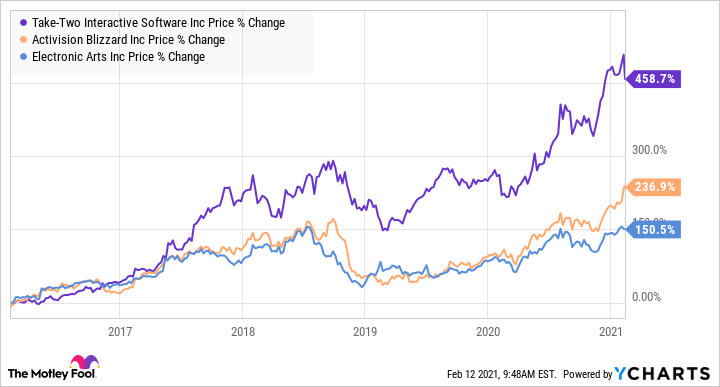 Quality leadership is worth a premium

What is clear is that Take-Two's leadership has patience and discipline, which are also important qualities of the best investors (Berkshire Hathaway's Warren Buffett is a good example).

Zelnick alluded to their discipline for walking away from the Codemasters deal, after Electronic Arts came in and made a better offer for the U.K.-based game studio. "It served us well," Zelnick said. "We have yet to make an acquisition that hasn't worked out."

Of course, reputation in the video game industry is only as good as your next release, but Take-Two's share price may deserve its premium valuation based on its patience and commitment to delivering a quality product. That commitment has led to a steep change in the company's revenue and earnings growth over the last seven years, with the stock significantly outperforming other video game stocks.