Please ensure Javascript is enabled for purposes of website accessibility
Log In Help Join The Motley Fool
Free Article Join Over 1 Million Premium Members And Get More In-Depth Stock Guidance and Research
By Lee Samaha - Feb 19, 2021 at 8:17AM

Which aerospace-focused stock is best placed to win out presuming a recovery in aviation is coming?

General Electric (GE 0.69%) or Raytheon Technologies (RTX 1.98%)? It's not a question that anyone bearish on the commercial aviation markets will ever ask, so any readers worried about the air travel industry should look away now.

For those still with me, consider that both these stocks have significant upside potential if conditions improve. But which is the better value on a risk/reward basis? Let's take a closer look.

The two companies will always be compared because they compete in the commercial aviation market, principally with rival aircraft engines on the Airbus A320neo family. Specifically, Raytheon's Pratt & Whitney manufactures the geared turbofan (GTF) engine, while GE Aviation has a joint venture with Safran, CFM International, that manufactures the LEAP engine.

For reference, the LEAP engine is also the sole engine option on the Boeing 737 MAX. The two narrow-body planes are the workhorses of the global aviation industry.

The case for Raytheon Technologies

Simply put, Raytheon's commercial aerospace revenue (primarily Pratt & Whitney engines and Collins Aerospace aerostructures, components, and services) has collapsed as a consequence of a slump in the industry caused by travel restrictions imposed due to the COVID-19 pandemic. That's left Raytheon's defense and space businesses (two-thirds of current sales) to carry the load while commercial aviation embarks on a multi-year recovery from a low base. 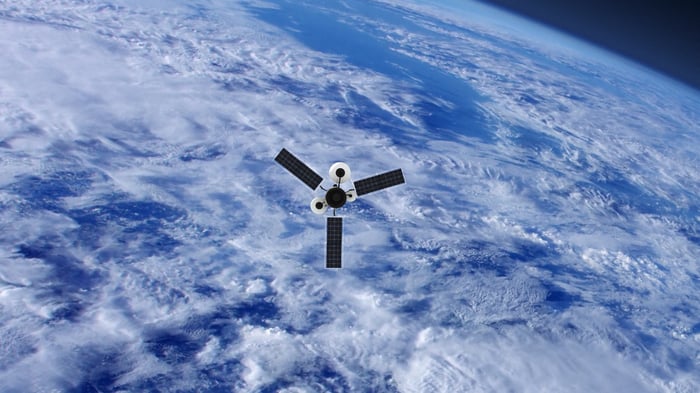 In fact, management expects to start to make a significant recovery in 2021, and it forecasts that its free cash flow (FCF) will improve from $2.5 billion in 2020 to around $4.5 billion in 2021, or $5 billion if you exclude one-time investments.

FCF is a key measure of a company's value because it measures the flow of cash in a year a company generates (after making capital investments) that can be used to pay down debt, fund acquisitions, buy back stock, or pay dividends. In a crude sense you can think of a company generating, say 5% of its market cap in FCF as being able to pay a 5% dividend yield. I'll come back to this point later.

GE is a more diversified company than Raytheon. However, as you can see in the table of FCF below, Aviation used to be the key to its FCF generation. As such, the COVID-19 pandemic hit the company very hard and massively reduced its near-term FCF generation potential.

Data source: General Electric 10-K filing. *Excluding the now divested biopharma business FCF was $2.6 billion in 2020, and $1.2 billion in 2019 ** Totals do not tally due to corporate and elimination items.

The investment case for GE is based on the idea that healthcare will continue to generate solid FCF (management forecasts at least $2.6 billion for 2021) and a gradual improvement in profit margin and FCF in power and renewable energy. Meanwhile, as with Raytheon, investors are hoping for a multi-year recovery in commercial aviation. Overall, management is expecting $2.5 billion to $4.5 billion in FCF for 2021.

How both companies are expected to improve free cash flow

By now, most readers will have noted that the key to the investment cases for both stocks is a multi-year improvement in FCF. That's something that Wall Street analysts are expecting will happen. It's not a good idea to slavishly follow Wall Street, but since analysts don't tend to deviate a significant amount from management's guidance, we can use these numbers as a useful proxy.

Clearly, Raytheon's FCF is expected to recover to an acceptable level quicker than GE's. Moreover, Raytheon trades at a clear valuation discount to GE.

Going back to the earlier discussion of FCF, Raytheon's potential price to FCF multiple of 18.4 times in 2022 would put in on a FCF yield of 5.4%, so it could theoretically pay a 5.4% dividend yield. A very attractive valuation for a company with good long-term growth prospects.

Both are attractive stocks, but I think Raytheon shades it on a risk/reward basis. While it's true that Raytheon's defense business might have some long-term growth issues related to restriction on defense budgets put in place due to increasing COVID-related debt, GE has arguably greater risk ahead of it. Simply put, GE needs more moving parts to come together to hit the estimates above.

Over the long-term, there's no guarantee that GE will win out in highly competitive renewable energy and power markets, and doing so is critical to the investment case.

All told, while the case for GE is a strong one, I think there's a higher degree of certainty around Raytheon right now, and coupled with a more favorable valuation, it looks the better buy right now.