Please ensure Javascript is enabled for purposes of website accessibility
Log In Help Join The Motley Fool
Free Article Join Over 1 Million Premium Members And Get More In-Depth Stock Guidance and Research
By Rick Munarriz - Feb 22, 2021 at 11:05AM

Finding quality stocks trading for less than a Happy Meal isn't easy, but it's worth the exercise for risk-tolerant investors right now.

Finding quality stocks trading for less than $5 isn't as easy as it seems these days. The market's been on fire through most of the past 11 months, and that's been lifting both the good and not-so-good investments higher. I took a look at three of my favorite stocks trading below the $3 mark a few months ago, and all of them have priced themselves out of that range (including one that is now also above the $5 price point).

Limelight Networks (LLNW 5.79%), Telefonica (TEF 2.02%), and LightInTheBox Holding (LITB 4.46%) are three stocks trading below $5 a share that I think have higher ceilings than their current prices suggest. Let's see why I think these low-priced stocks are winners in the making. 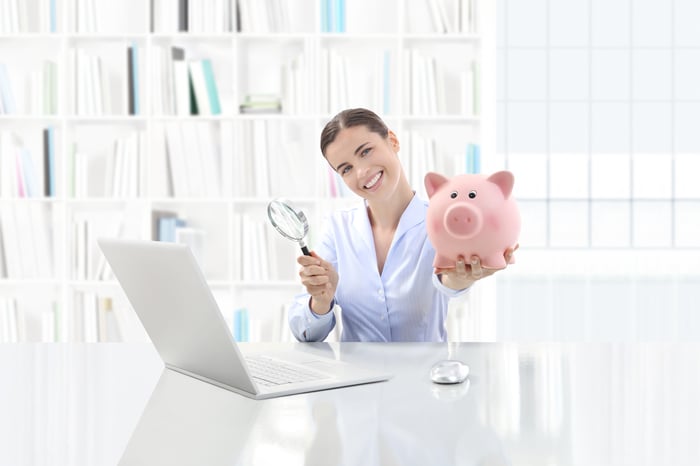 Limelight Networks will look back at 2020 as a potential breakthrough year. Revenue growth of 15% marks the first time the content delivery network specialist has posted double-digit top-line growth since 2011. The stock took a big hit earlier this month after the company reported an 8% year-over-year dip in revenue for the fourth quarter. It's also the second time in a row that it posted a small quarterly deficit when analysts were holding out for a modest profit.

Edge computing is a competitive market, but Limelight's growth for all of 2020 makes sense on the strength of companies looking to speed up the delivery of streaming video. This is probably also an interesting time for longtime CEO Bob Lento to retire as he did last month. Bob Lyons is now at the helm. He was previously CEO at cybersecurity company Alert Logic. A fresh set of seasoned outsider eyes could be what gets Limelight Networks back on track after a bumpy end to what started out as a promising 2020.

One of the more surprising laggards over the past year is the telecommunications industry. With the 5G revolution gaining momentum worldwide and the pandemic making it safer to communicate by phone than face-to-face it's surprising to see telcos big and small failing to participate in the market rally.

Telefonica is Spain's top dog among wireless carriers, and it has a large footprint through Latin America and Europe. The stock is packing a whopping 10.7% yield right now, and given Telefonica's recent struggles it's probably easy to see why the payout is so high. It just wrapped up what should be its fifth consecutive year with a single-digit decline in revenue.

The good news here is that the meaty yield is secure in the near term. Telefonica's trading for less than 10 times forward earnings, and it has plenty of assets worldwide that it can unload if things get hairy. Telefonica should also be a better company coming out of the pandemic than it was going in last year.

Let's close out this list with a name you probably don't know that is actually growing its business at a heady clip. LightInTheBox is a Chinese online retailer that sells everything from consumer electronics to housewares to apparel. It can source merchandise locally at low costs and sell overseas to folks willing to put up with a lengthy fulfillment process to score some huge price savings.

Take a few minutes to check out the namesake website for the first time. It's a wild array of stuff, and did you see the price points? Growth is pretty spectacular, too. Revenue has risen 57% through the first three quarters of 2020, including a 67% pop last time out. Its guidance in December calls for 61% to 81% top-line growth for the fourth quarter that it will announce next month. LightInTheBox is also now profitable, proving that you can find a stock trading under $5 that is profitable and growing a lot faster than the market.

There's Only One Telco I Own Now