The stock market ended Tuesday mixed, and that was a far cry from where it started the day. All three major market benchmarks started out deeply in the red, but rising optimism about the possibility of broader economic growth helped pull the Dow Jones Industrial Average (^DJI -0.75%) and S&P 500 (^GSPC -0.58%) into positive territory. Even though the Nasdaq Composite (^IXIC 0.00%) lagged, it was still far off its worst levels of the day.

Blue chip stocks are often where people turn when there's turmoil in the stock market. Today, that proved to be the case, as Disney (DIS -1.11%), Caterpillar (CAT -0.57%), and JPMorgan Chase (JPM -1.48%) all managed to post gains and finish at all-time record levels. Let's look more closely at these companies to see what lifted their spirits on what started out as a gloomy day.

The mouse is in the house

Walt Disney climbed 3% on Tuesday, finishing within a hair's breadth of the $200 per-share level. The entertainment and media giant has been on fire for most of the past six months and is building momentum that could sustain it well into 2021.

It's hard to believe that just a year ago, Disney's prospects were highly in doubt. Even before the COVID-19 pandemic struck, many stock watchers were worried that the company would prove unable to transition from its dependence on the ESPN cable network. Early attempts at video streaming looked promising, but high levels of competition made success uncertain. The pandemic only added to the pressure, forcing closures of key theme parks and postponements of movie showings. 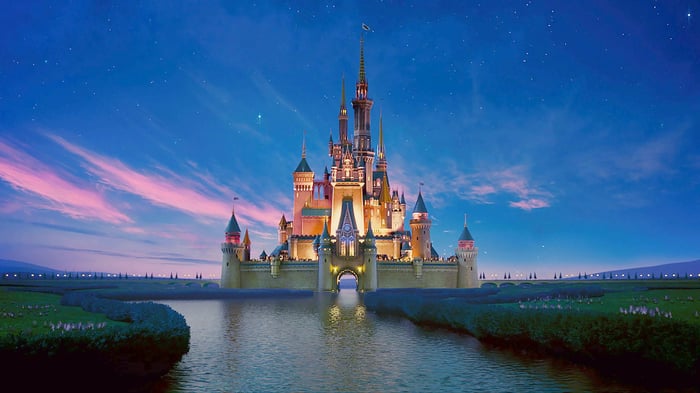 Fast forward to now, and Disney+ has been a saving grace for the company. Moreover, as optimism about coronavirus vaccines rises, investors look forward to Disney getting all of its growth drivers pulling the stock in the right direction. Disney has huge potential ahead, and today's all-time high could be just the beginning of a great story for the House of Mouse.

Elsewhere, Caterpillar finished up about 1%, and that was enough to send the heavy construction-equipment giant to a new record. The stock has more than doubled since its lows a year ago, and Caterpillar investors hope that better times ahead will translate to greater commercial activity, as well.

Cyclical stocks like Caterpillar often turn before the actual economy does, and investors like to see them as a leading indicator. It therefore makes sense that the company's stock is gaining ground. As long as an economic recovery actually comes, that should work out fine for shareholders.

Unfortunately, nothing's certain in this environment. For now, though, Caterpillar has its investors excited about the future of an industry that's been struggling for quite a while.

Finally, JPMorgan Chase finished higher by a bit less than 1%. The banking industry has done extremely well lately, and a lot has to do with expectations for future economic growth.

Long-term bond rates have been on the rise, as often happens when investors anticipate that people will start spending money again. That comes as a change from what we've seen for many years now, with steadily falling long-term bond rates that have helped to support the bull market in stocks.

Today, Fed Chairman Jerome Powell said that the central bank remains ready to keep interest rates low for the foreseeable future. Although its monetary policy largely focuses on short rates, the Fed can take what used to be considered extraordinary measures to buy long-term bonds to influence those rates. Nevertheless, there wasn't a big drop in longer-term yields today, and investors saw that as a positive for JPMorgan and its prospects for enjoying better net interest income results in 2021 and beyond.

Be on your toes

Markets have been volatile, and they're likely to stay that way. Embracing that volatility is important if you want to succeed in reaching your financial goals in the long run.