Potential good news on both supply shortages and a government contract.

Shares of Ford Motor (F 3.89%) traded up 5% on Wednesday afternoon as the result of positive developments on two big stories related to the automaker.

Ford and other automakers are in a tough situation right now due to a shortage of computer chips, which is forcing Ford to temporarily curtail production of key models including its F-150 pickup. That's going to put pressure on sales, and investors have been concerned the issue will take time to resolve.

On Wednesday, the White House stepped in to try to assist the industry. President Joe Biden is expected to sign an executive order directing a review of supply chains for critical materials, including searching for ways to free up supplies for the auto industry. 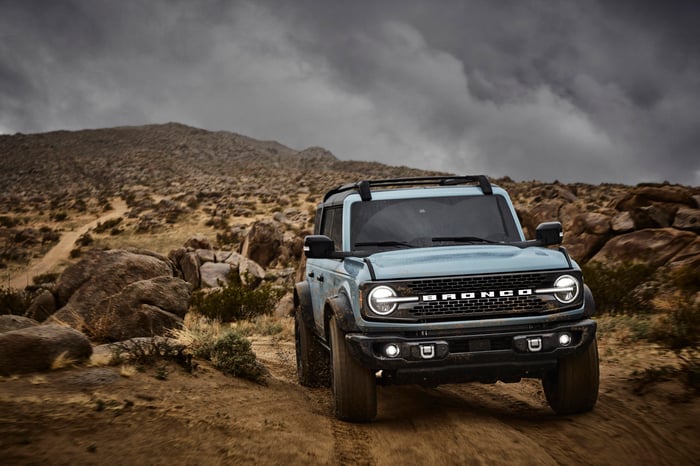 Ford also is likely benefiting from the decision by the United States Postal Service to award Oshkosh a contract to modernize its fleet of delivery vehicles. Ford has long been thought to be an important partner on the Oshkosh bid, which is likely to be worth $6 billion over the next decade, but the automaker was noticeably not mentioned in Oshkosh's statement announcing the win.

Oshkosh isn't ready to talk about its supplier team, but the Detroit Free Press on Wednesday reported Ford is believed to still be involved. Oshkosh won't use Ford's Transit vans, as originally discussed, but could lean on Ford for engine technology.

There's a lot to like about Ford right now, with an improving European operation, strong SUV sales, and a product refresh on the F-150. The question for investors is how much the chip shortage will crimp sales. It isn't clear what, if anything, the White House can do to solve the near-term issues, but if nothing else auto investors should be encouraged knowing the industry has the government's support in finding solutions to the problems.