Please ensure Javascript is enabled for purposes of website accessibility
Log In Help Join The Motley Fool
Free Article Join Over 1 Million Premium Members And Get More In-Depth Stock Guidance and Research
By Howard Smith - Feb 26, 2021 at 10:52AM

The stock is rebounding after some optimistic comments, and after the entire sector dropped Thursday.

Plug Power (PLUG 11.72%) had a busy day of announcements yesterday. In addition to releasing its fourth-quarter and full-year 2020 earnings, the company said it has closed its previously announced deal with South Korea's SK Group, and also announced plans to expand its green hydrogen network domestically with North America's largest green hydrogen facility.

Plug Power stock tanked on Thursday, though, along with the rest of the renewable energy sector. But shares are rebounding today, up 6% as of 10 a.m. EST.

The new green hydrogen facility will use New York hydropower to make hydrogen, and when combined with its Tennessee plant, will supply 500 metric tons per day of green hydrogen by 2025. When completed, it "will offer our transportation fuel customers pricing competitive to diesel," the company said in a statement. That, along with expanding plans overseas, has investors willing to pay up for shares of the still unprofitable company. 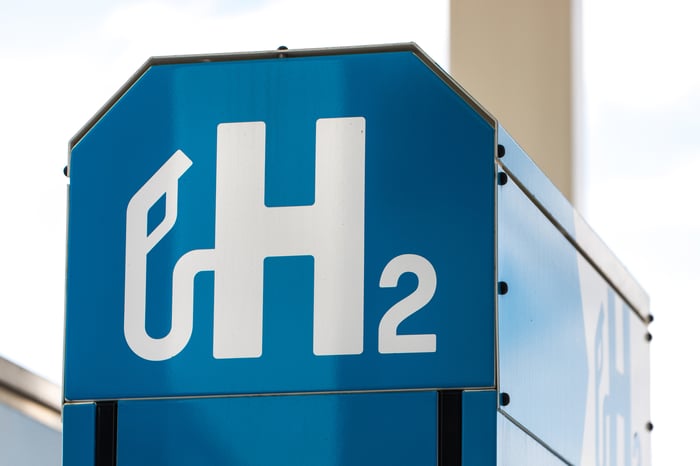 In addition to the North American hydrogen generation plans, a $1.6 billion investment will give SK Group a 9.6% stake in Plug Power. The companies also plan to form a joint venture (JV) to grow hydrogen fuel solutions in Asia. The JV will establish a fuel cell factory and accelerate the expansion into Asian markets including China.

But quarterly results continue to show losses. Though Plug said gross billings increased 42.5% in 2020 versus 2019, the company reported a net loss of over $475 million for the quarter. Much of that was the result of negative revenue being recorded from "non-cash charges related to the accelerated vesting of a customer's remaining warrants." The company added that these expenses have now been fully accounted for.

Investors speculating in the future potential of hydrogen fueling should watch the bottom line going forward. There could be much to celebrate ahead, but the company still has to prove it.