Please ensure Javascript is enabled for purposes of website accessibility
Log In Help Join The Motley Fool
Free Article Join Over 1 Million Premium Members And Get More In-Depth Stock Guidance and Research
By John Rosevear - Mar 1, 2021 at 10:36AM

Did NIO just confirm plans to enter the European market later this year?

Shares of Chinese electric-vehicle NIO (NIO -2.68%) were moving higher on Monday, after a report that its CEO confirmed plans to enter the European market later this year.

NIO CEO William Bin Li said that NIO plans to begin selling vehicles in Europe in the second half of 2021, according to a report from Chinese media outlet Bitauto.com. The company plans to enter other global markets next year, according to the report.

That confirms a hint dropped by Li in January, when he said that the navigation map in NIO's ET7 show car gave a clue about the company's export plans. It's hard to tell, but reports have suggested that the map shows a location in Oslo, Norway. 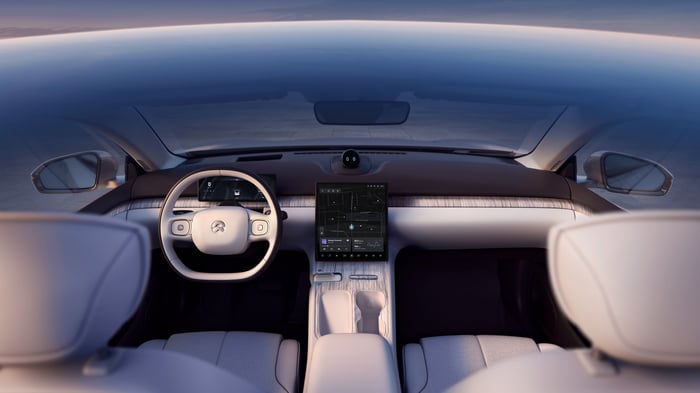 Does that look like Oslo to you? Image source: NIO.

It won't be surprising if NIO begins its export push with Norway, as the country has the highest rate of electric vehicle adoption in the world. Slightly over half of new vehicles sold in Norway last year were EVs, up from about 42% in 2019.

Auto investors won't have to wait long for more details: NIO will report its fourth-quarter and full-year 2020 earnings after the U.S. markets close today. Wall Street analysts polled by Thomson Reuters expect NIO to report a fourth-quarter loss of $0.07 per share on revenue of about $1 billion, on average.