Please ensure Javascript is enabled for purposes of website accessibility
Log In Help Join The Motley Fool
Free Article Join Over 1 Million Premium Members And Get More In-Depth Stock Guidance and Research
By Keith Noonan - Mar 8, 2021 at 11:00AM

Promising results for the company's lead Alzheimer's drug have made Cassava one of 2021's most exciting stocks.

Shares of Cassava Sciences (SAVA -4.28%) jumped 145.1% in February, according to data from S&P Global Market Intelligence. Progress on the company's experimental drug treatment for Alzheimer's has driven incredible gains for the stock. 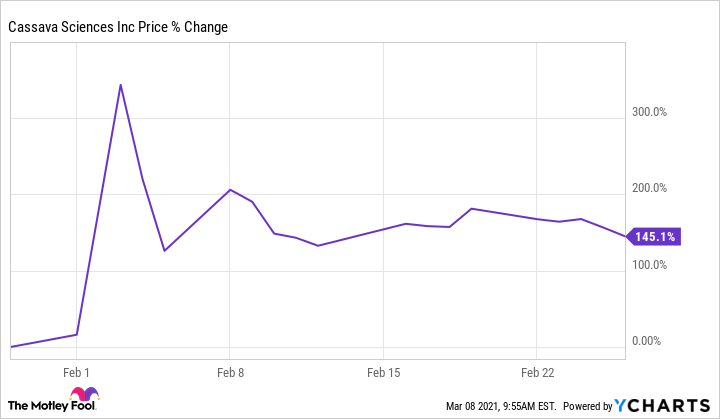 Cassava published a press release on Feb. 2 announcing that an interim analysis from an open-label study of the company's simufilam for treating Alzheimer's showed improved cognition and behavior scores following six months of treatment. The study also found that there were no safety issues associated with the treatment. The biotech company then announced positive results from its end-of-phase-2 meeting with the FDA on Feb. 22, and it outlined a path to phase 3 studies in the second half of this year. 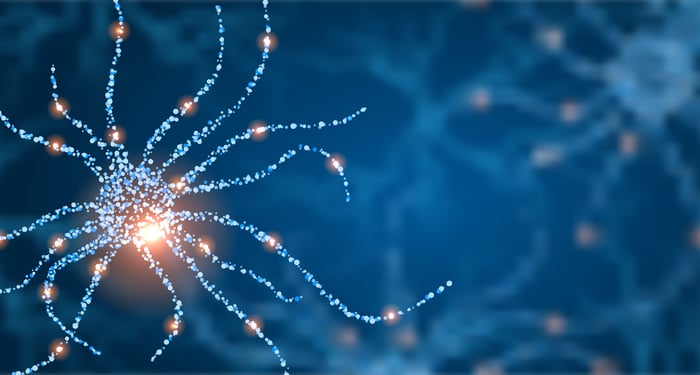 Cassava Sciences study was funded by the National Institutes of Health and found that a six-month treatment of simufilam improved average cognition scores by 10%. Tested levels for dementia-related behavior improved by 29% over the course of the treatment.

Simufilam is Cassava's lead drug candidate for treating Alzheimer's, and the promising results from the clinical study prompted big gains for its stock. The fact that the clinical study showed simufilam treatment not only stabilized cognitive and behavioral decline but actually improved performance is hugely encouraging, and the drug's safety profile looks great as well.

Cassava stock has given up some of its gains early in March's trading, but it has held up relatively well in the context of a broader pullback for growth-dependent stocks. The company's share price is down roughly 13% in the month so far. 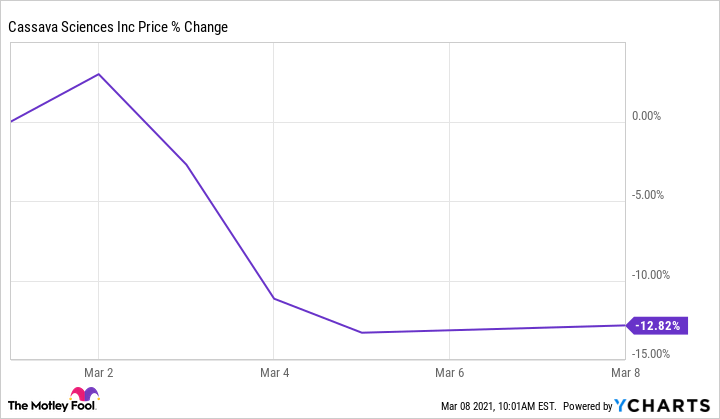 Cassava Sciences has a market capitalization of roughly $1.7 billion and is valued at approximately 34 times this year's expected sales. The stock is up about 633% over the last year even after the recent pullback.

More than 5 million people in the U.S. alone have Alzheimer's, and that figure will likely rise substantially as the overall population continues to age. Alzheimer's is one of the most common untreated degenerative diseases in the world, and simufilam could represent a huge step forward in managing the condition.