Please ensure Javascript is enabled for purposes of website accessibility
Log In Help Join The Motley Fool
Free Article Join Over 1 Million Premium Members And Get More In-Depth Stock Guidance and Research
By Rich Smith - Mar 13, 2021 at 7:07AM

Nanoracks will soon have a new owner -- and that owner plans to IPO.

Sometime in the next few weeks -- indeed, it could be happening even as you are reading this article -- space company Nanoracks is going to get acquired.

In December last year, privately held space company Voyager Space Holdings announced plans to acquire a majority interest in X.O. Markets, Nanoracks' parent company. The deal, which is expected to close in first-quarter 2021 (sometime in the next three weeks), was Voyager's fourth announced acquisition last year, and could be the last deal it announces before conducting its own IPO in 2021. 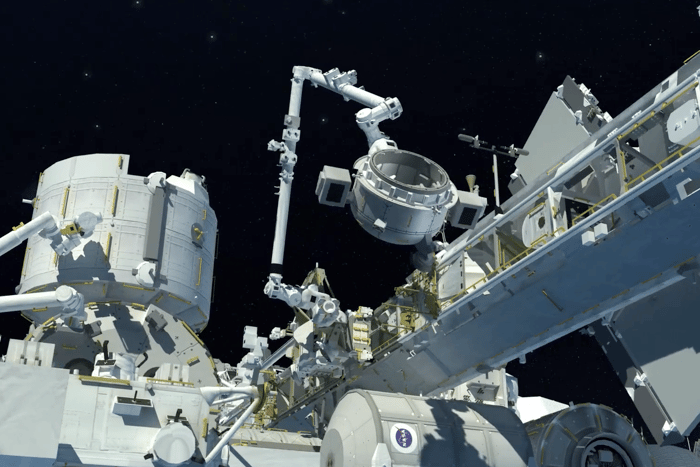 Who is Nanoracks, and why should you care?

If you're an investor in space stocks, but haven't heard of Nanoracks, that's not surprising, because Nanoracks isn't actually a space stock yet. (Nor is Voyager for that matter -- at least not until it does its IPO). Still, here at The Motley Fool we've been keeping an eye on Nanoracks for about five years, ever since the company won a NextSTEP-2 (Next Space Technologies for Exploration Partnerships) contract from NASA, to develop new ways to build "habitats" for astronauts to live in.

Nanoracks' idea was cutting-edge -- literally. Instead of building a space station on Earth, and launching it into orbit, Nanoracks would build specialized tooling to cut up space junk -- specifically, discarded rocket stages -- already in orbit, and then assemble the parts into habitats for astronauts.

And yet, as "far out" as Nanoracks' idea was, the company has the chops to make it work. Nanoracks, you see, calls itself "the space station guys," and the "world's leading commercial space station company." Over the years, it's participated in some 1,000 projects aboard the International Space Station (ISS). Most recently, it installed its new Bishop Airlock aboard ISS -- the first-ever privately constructed airlock, and five times as big as the airlocks already installed on the station.

Nanoracks' next big space project is only three months away. In June 2021, the company plans to perform its "In-Space Outpost Demonstration" mission. Riding a SpaceX Falcon 9 rocket into orbit, Nanoracks will use a 200-kilogram robot outfitted with an "articulating robot arm" built by Maxar Technologies (MAXR -1.73%) to "friction mill" (grind and melt) a metal plate, demonstrating that it can cut metal in space, transforming space junk into space habitat parts.

Assuming all goes well, Nanoracks will follow up this mission in two years, and attempt converting an actual spent rocket stage into something useful. Ultimately, the company plans to use these technologies to build, own, and operate private "Outpost" space stations of its own -- and then rent these stations to private companies researching new products that can only be manufactured in space.

Are these ambitious goals? Yes. And they're probably going to require a lot of cash to become reality. Voyager Space plans to invest $50 million in Nanoracks this year alone, according to CNBC -- and Nanoracks is just one of Voyager's several subsidiaries.

To raise the cash it will need to fulfill its space ambitions, Voyager Space was last reported to be planning a traditional IPO late in 2021. As far as we know, this is still the plan. However, when you consider how many space companies have chosen to instead IPO via reverse merger into special purpose acquisitions companies -- SPACs -- these past few months, and how popular those IPOs have been with investors, I have to wonder if Voyager Space is now reconsidering that decision.

If Voyager Space does decide to go the SPAC IPO route, that's the kind of deal that could happen in a hurry. The time to start paying attention is now.