Please ensure Javascript is enabled for purposes of website accessibility
Log In Help Join The Motley Fool
Free Article Join Over 1 Million Premium Members And Get More In-Depth Stock Guidance and Research
By Dan Caplinger - Mar 17, 2021 at 11:59AM

High-growth stocks are on edge because of the Fed.

Wednesday morning brought continued anxiety to Wall Street as investors sought better visibility about what the coming months are likely to bring for the U.S. economy and the stock market. Major market benchmarks fell, led by the Nasdaq Composite (^IXIC -0.30%) and its drop of about 1.25% as of 11 a.m. EDT. That continued a trend of Nasdaq underperformance that has kept the index from approaching record highs along with its peers. 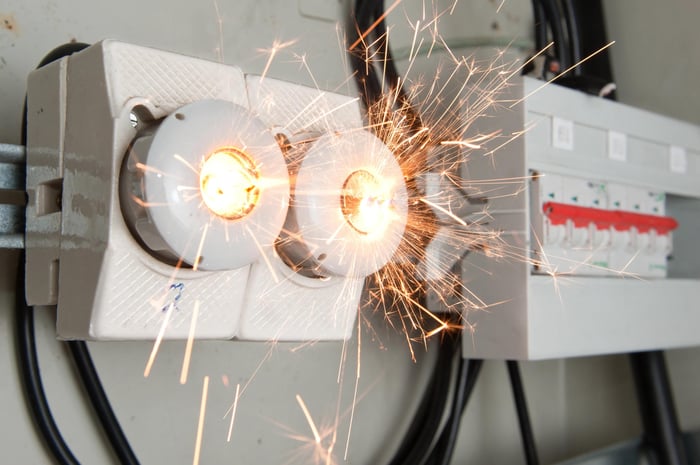 Plug Power shares plunged 16% on Wednesday morning. The maker of hydrogen fuel cells gave its investors some bad news late Tuesday that called into question much of what has sent the stock soaring over the past year.

Plug Power will need to restate financial statements for fiscal years 2018 and 2019, as well as quarterly filings from throughout 2019 and 2020. Plug's audit committee and an outside public accounting firm found accounting errors related to noncash items, including loss accruals for service contracts, book values of various assets and obligations, asset impairment treatment, and classification of certain expenses.

Plug also wasn't able to file its annual report for 2020 by the March 16 deadline. It said that investors shouldn't rely on the numbers Plug released in its letter to shareholders in late February.

Management doesn't believe that any restatements will affect Plug's operational position or have cash implications. Nonetheless, investors have seen enough accounting problems at other companies to react in kneejerk fashion anytime a business has to do a major restatement. Plug shareholders are likely to stay on edge until the restatements get formally made.

Elsewhere, shares of CrowdStrike Holdings were up 2%. The cybersecurity specialist reported fourth-quarter financial results that included impressive results similar to what investors in CrowdStrike have seen for a long time.

CrowdStrike saw its annual recurring revenue climb above the $1 billion mark for the first time in the fourth quarter as the company brought in $143 million in new business, adding 1,480 subscription customers. That's record growth in customer counts, and the impact made itself felt in CrowdStrike's financials. Sales climbed 74% in the fourth quarter on a 77% rise in subscription-based revenue, and adjusted net income reversed a year-ago loss and topped what most investors were expecting to see.

CrowdStrike continues to see its "land-and-expand" business model pay off. As of the end of January, nearly a quarter of all subscription customers had adopted at least six of CrowdStrike's software modules, and nearly half had taken on five or more. Meanwhile, CrowdStrike's guidance for fiscal 2022 pointed to an upward trajectory for the SaaS stock.

Even as tech stocks have taken hits over the past month, those following CrowdStrike have remained optimistic about its business prospects. Shareholders got confirmation of those favorable trends Tuesday afternoon, and it could spell continued success for CrowdStrike for years to come.