The U.S. company's lidar technology will be packed into the Chinese carmaker's R Brand electric vehicles.

Luminar Technologies (LAZR 4.54%) has forged a manufacturing alliance with an important company across the Pacific Ocean. The lidar specialist announced Thursday that it entered into a "strategic partnership" with SAIC Motor Corporation, China's largest carmaker.

Luminar's technology will be utilized in SAIC's upcoming R Brand models, which are electric vehicles (EVs) with a relatively high level of automation. The American company's Iris lidar will be integrated into the roofline of the cars, a placement that Luminar says provides it with the optimal vantage point. 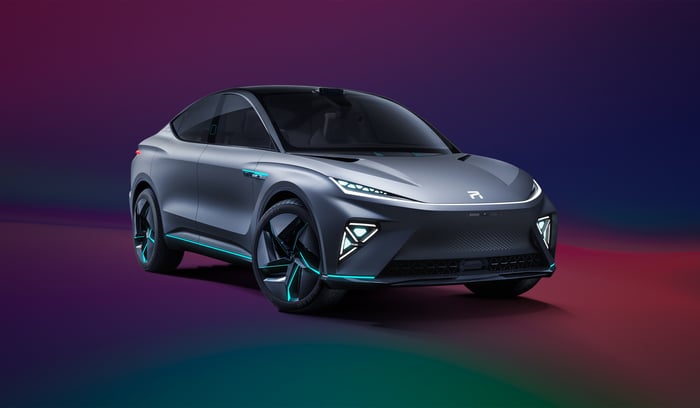 Lidar, which stands for "light detection and ranging," utilizes pulsed lasers to provide rapid measurements of range -- a feature that allows the car to "see" and thus supports certain autonomous functionalities. With the explosion in prominence and popularity for next-generation vehicle stocks, lidar leader Luminar's stock has risen significantly.

Luminar strongly implied that the SAIC deal will be a big motor helping to drive its own growth. "[SAIC is] clearly leading the charge to set a new technology standard for both China and the industry at large," the company's CEO Austin Russell was quoted as saying.

"Luminar's hardware and software is uniquely able to make SAIC's vision a reality at series production scale," he added.

SAIC is expected to begin R Brand's series production next year. Luminar hasn't provided any estimates as to how the SAIC deal might impact its fundamentals. The U.S. company plans to open an office in Shanghai located alongside its Chinese partner.

While it remains to be seen how the Luminar/SAIC partnership unfolds, it's impressive that Luminar has advanced far enough to become a crucial manufacturing partner for the sprawling Asian company.

Meanwhile, Luminar was slated to release its Q4 and full-year 2020 results after market hours on Thursday.