Please ensure Javascript is enabled for purposes of website accessibility
Log In Help Join The Motley Fool
Free Article Join Over 1 Million Premium Members And Get More In-Depth Stock Guidance and Research
By John Rosevear - Mar 18, 2021 at 11:30AM

Did Lordstown's CEO just admit that the company misled investors?

Shares of electric truck start-up Lordstown Motors (RIDE -9.36%) were trading lower on Thursday, after the company disclosed that it is under investigation by the Securities and Exchange Commission (SEC) after short-seller Hindenburg Research alleged the company misled investors about the demand for its upcoming electric pickup truck.

As of 11 a.m. EDT, Lordstown's shares were down about 9.2% from Wednesday's closing price, and down about 22.6% since the release of Hindenburg's report on March 12.

Lordstown reported its fourth-quarter earnings after the market closed on Wednesday, and while the company's loss was wider than expected, that's the least of its problems right now. 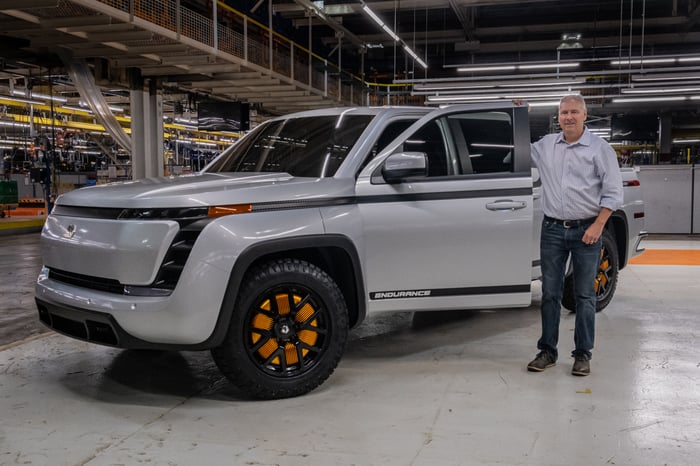 Lordstown said in January that it had over 100,000 preorders for its Endurance, an electric pickup truck ostensibly designed for commercial-fleet use. A key part of Hindenburg's report alleges that number is greatly exaggerated, and that Lordstown may have paid consultants to generate phantom preorders.

CEO Steve Burns acknowledged during last night's earnings call that the SEC has opened an investigation into the allegations made by Hindenburg. And in an appearance on CNBC this morning, Burns tried to argue that Lordstown had never claimed those preorders were actual, y'know, orders.

"We never said we said we had orders," Burns said. "We don't have a product yet, so by definition you can't have orders. I don't think anybody thought we had actual orders."

Electric vehicle investors will recall that Nikola's stock price and operations were rocked after devastating allegations made by Hindenburg turned out to be largely true. The events of the last 24 hours suggest that a similar story could be playing out with Lordstown, and that could have implications for Workhorse Group (WKHS -5.44%) -- which owns about 10% of Lordstown -- as well. Trade carefully.