Please ensure Javascript is enabled for purposes of website accessibility
Log In Help Join The Motley Fool
Free Article Join Over 1 Million Premium Members And Get More In-Depth Stock Guidance and Research
By Daniel Foelber, Scott Levine, and Lee Samaha - Mar 20, 2021 at 7:30AM

These stocks can add stability during turbulent times.

As we saw earlier this month, volatility is a dynamic beast that can lay dormant before reawakening when you least expect it. Former Fool contributor Morgan Housel covers the concept of surprises that lead to volatility in his book, The Psychology of Money. Housel quotes Stanford professor Scott Sagan, who said, "things that have never happened before happen all the time." To Housel, forecasting when the next crash will come or what it might look like isn't as important as accepting that volatility exists and positioning your portfolio accordingly.

With that, we asked some of our contributors which companies are worth buying even if the stock market crashes again. They like Dover (DOV 1.50%), Texas Pacific Land Corporation (TPL 3.08%), and Univar Solutions (UNVR 3.79%). 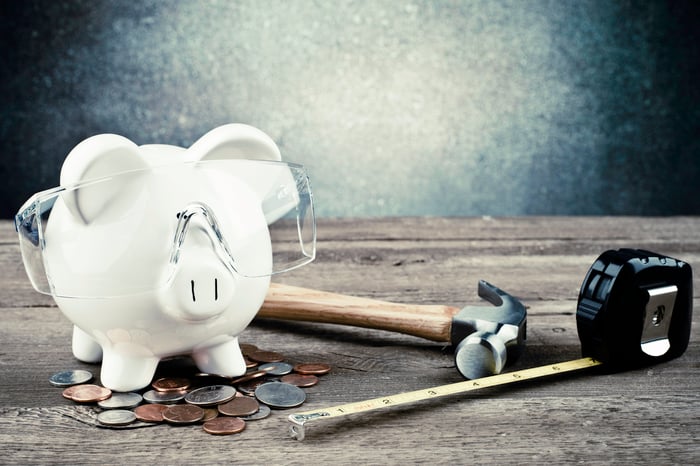 Scott Levine (Dover): Forget batteries and a radio. When it comes to preparing for a stock market crash, it's critical for investors to fortify their portfolios with stocks that can weather the downturn -- stocks like Dover.

Over its nearly 75-year history, Dover, a diversified industrial manufacturer, has withstood numerous market declines, and has still provided market-beating returns for investors. Over the past 20 years, for example, the S&P 500 has risen 412% while Dover has soared nearly 600%. 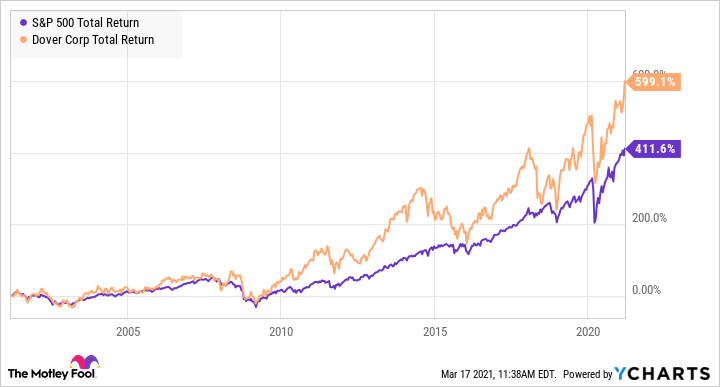 Experienced investors, however, recognize that just because the stock has excelled in the past doesn't mean it's guaranteed to perform equally well in the future. So why is Dover a viable option for investors fretting over a potential market crash? For one, the company is adept at prospering during in difficult economic environments. Last year, for example, Dover achieved impressive free cash flow growth. While many other companies struggled with the challenges wrought by the global pandemic, Dover generated $939 million in free cash flow, representing a 24% increase over the $758 million it generated in 2019.

But wait, there's more. Dover's recognition as a Dividend King provides another compelling reason why investors would be wise to pick up shares before the next market crash. Management remains committed to returning cash to shareholders -- the company has increased its payouts foe 65 consecutive years -- suggesting that investors who find themselves in the midst of market volatility can find comfort in receiving some cash thanks to Dover's dividend while they weather the storm.

Black gold at its finest

Daniel Foelber (Texas Pacific Land Corporation): Energy was the single worst-performing sector in 2018, 2019, and 2020. Texas Pacific Land Corporation (TPL) was one of the only oil stocks that kept pace with the market during that three-year stretch. This year is different. Energy has so far been the best performing sector thanks to higher oil prices. Shares of TPL are up a staggering 135% in the past three months. So how has TPL been able to outperform other oil stocks during both bad times and good times? Own a bunch of land with a lot of oil.

TPL owns 880,000 acres of West Texas oil-rich land, which is about 4.5 times bigger than New York City. The way it acquired this land has nothing to do with oil, but rather the 18th century railroad industry. Oil, pipeline, infrastructure, and utility companies pay TPL to use its land for a variety of reasons. Use increases as oil prices rise. And oil prices are rising as demand picks up faster than expected. Oil prices are now at their highest levels in over a year, which adds a mighty incentive for West Texas producers to complete more wells.

Despite lower oil prices, TPL was able to generate over $300 million in revenue and $207 million in operating cash flow last year. In 2020, it distributed over 97% of that cash flow to shareholders in the form of special dividends.

With no debt, over $300 million in cash, access to upside, and virtually no downside risk, TPL as a business seems like a no-brainer. The question becomes whether to buy this business at its current price or wait for a pullback. Investors worried about a stock market crash can take solace knowing that TPL owns tangible assets that will generate income no matter Mr. Market's mood. 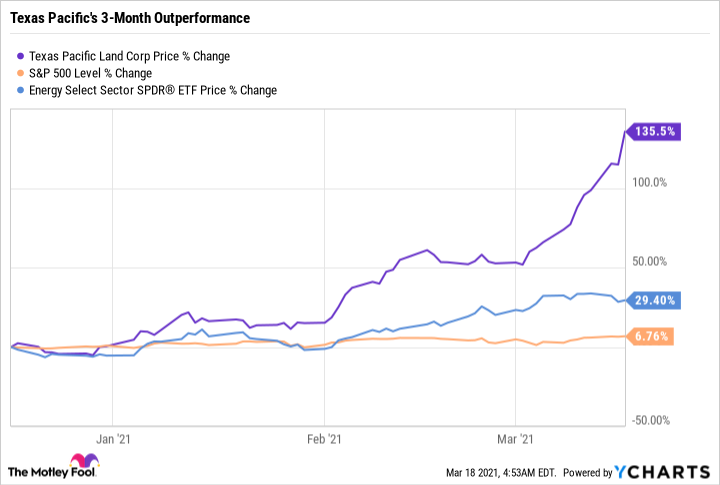 Lee Samaha (Univar Solutions): This specialty chemicals company is worth buying because its growth prospects largely come down to internal execution, and its valuation (based on hitting its targets) is very cheap. In fact, it's so cheap that it could appreciate even given a general market sell-off.

Management plans to achieve a 9% earnings before interest, taxation, depreciation, and amortization (EBITDA) margin before the end of 2022, its so-called "S22 Program." Note that doesn't mean an EBITDA margin of 9% in 2022 overall, but it does imply a figure of 9% or above for 2023.

Given that the analyst consensus for revenue in 2022 is $8.85 billion it implies at least $800 million in EBITDA in 2023. That would put Univar on an enterprise value (market cap plus net debt) or EV-to-EBITDA valuation of 6.7 times in 2023.

Not only does that look very cheap in 2023, but the company's near-term valuation looks attractive, too. Management expects free cash flow of $250 million to $300 million in 2021, putting the company on a full-year price-to-FCF multiple of between 12 times FCF and 14.5 times FCF. For reference, Univar's adjusted EBITDA margin was 7.7% in 2020.

To get to its S22 Program targets, management plans to reduce its cost base, streamline its operations, and invest in digital technologies to improve operational performance. Meanwhile, the company is integrating its transformative acquisition of Nexeo Solutions and continuing to refocus the business toward specialty chemicals distribution while selling non-core businesses.

CEO David Jukes said on the recent earnings call that the "S22 program is tracking very well toward delivering higher divestment proceeds, growth, and 9% EBITDA margins by year-end 2022 through global and functional excellence," and if the company can get there then the stock could appreciate considerably.