The transition from oil and coal to renewables, lower renewable costs, government subsidies for renewable power generation and electric vehicles, environmental concerns, and other headwinds have culminated into widespread investor pessimism toward oil and gas. The result is that energy was the worst-performing sector in 2018, 2019, and 2020.

The industry has its challenges, but there are opportunities if you know where to look. 2020 proved the importance of financial health, namely low debt. The oil and gas industry is notoriously capital-intensive. But companies that can operate with less debt can handle short-term earnings collapses, which are unavoidable for commodity-driven businesses. Pioneer Natural Resources (NYSE:PXD), Chevron (NYSE:CVX), and Texas Pacific Land Trust (NYSE:TPL) are all financially healthy businesses. Here's why all three are great buys now. 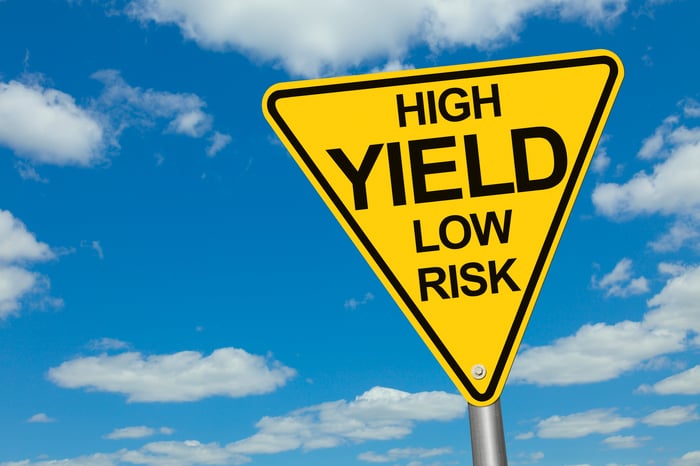 Pioneer Natural Resources is an upstream exploration and production (E&P) company that mainly operates in the Permian Basin of West Texas. Production consists of about 60% oil and 40% natural gas and natural gas liquids.

Despite low oil and gas prices for most of 2020, Pioneer expects to generate a record-high $600 million in free cash flow (FCF). The forecast is actually $71 million lower because Pioneer announced that it's buying Parsley Energy, which has complementary assets and should help Pioneer grow production while reducing costs by about $325 million per year.

Pioneer has been able to decrease costs, maintain production, and protect its top and bottom lines during a difficult time because it can break even on its production and pay its dividend even when WTI oil is in the low $30s per barrel. This gives Pioneer a big advantage over its competitors. Its long-term plan is to take about 65% of its FCF and reinvest it to grow production, and then use the other 35% to maintain its base production and grow the dividend.

Pioneer has a strong operational advantage over its competitors. But its financial edge is even more important. 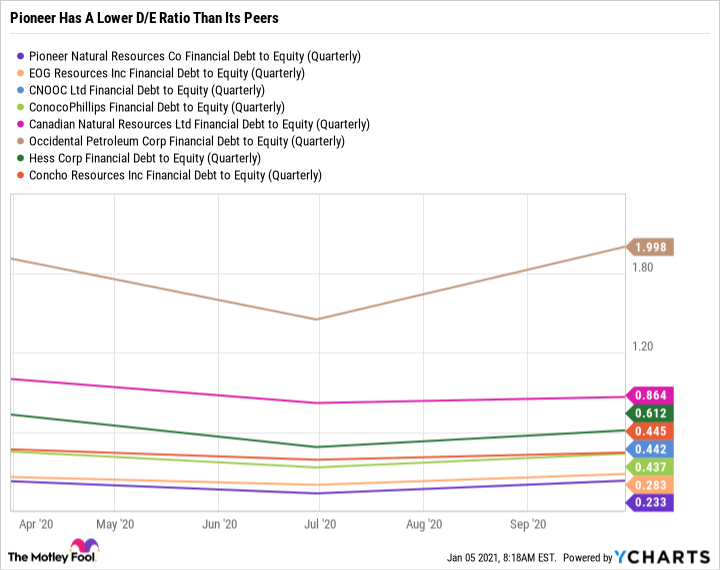 The company has the lowest debt-to-equity (D/E) ratio of its peer group, meaning it's less leveraged and ultimately could be less risky. However, Parsley is more leveraged than Pioneer. Using each company's most recent quarterly numbers, the new company would have an estimated D/E of around 0.41, which is still lower than most of its competitors. Going forward, Pioneer plans to use excess FCF to reduce its debt. Pioneer increased its quarterly dividend to $0.55 per share in 2020 and currently yields 2%.

Like Pioneer, Chevron's big advantage is its financial strength. Despite increasing debt in 2020, the company has the lowest D/E ratio of the oil majors. 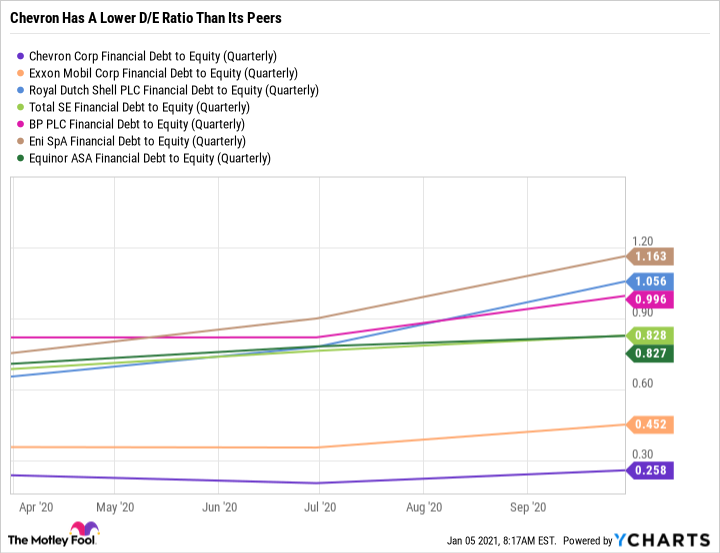 After an ugly second quarter that was one of the worst in the company's history, Chevron returned to profitability in the third quarter. Aside from its balance sheet, Chevron's big advantage over its competitors is its low capital expenditures. Chevron's spending is at a 10-year low. It plans to spend just $14 billion in 2021. And in early December, it announced a $14 billion to $16 billion annual budget from 2022 and 2025, which is lower than its previous guidance of $19 billion to $22 billion. About $11 billion of its budget is used to sustain its current production, so the cash Chevron is allocating to growth is quite a bit less than in years past.

Rounding out this list is Texas Pacific Land Trust (TPL). Pioneer and Chevron lead their respective cohorts with low D/E ratios. But TPL has no debt and over $300 million in cash on its balance sheet.

The company owns nearly a million acres in West Texas in the heart of North America's largest onshore oil and gas play: The Permian Basin. Originally a railroad company, TPL acquired the land in the 19th century when states like Texas were trading land for train tracks to connect the country and spur economic progress. TPL's land holdings are now much more valuable than they used to be because the oil and gas they contain can be produced for a cheaper price than ever before. The result has been a surge in revenue, a great deal of which is converted to FCF thanks to TPL's lack of expenses. 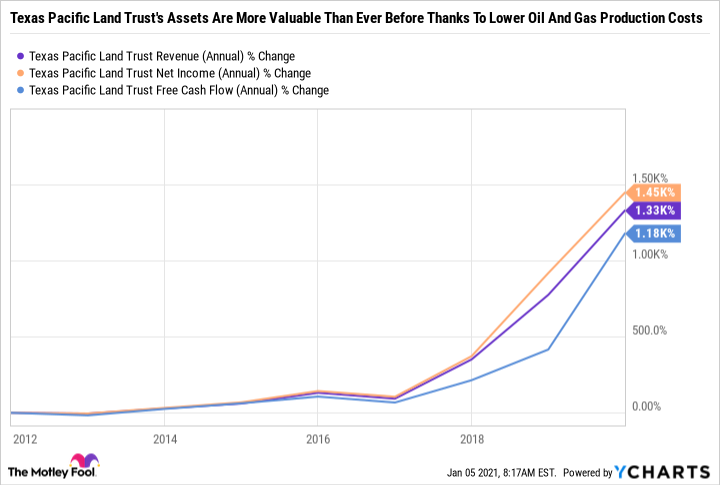 TPL doesn't pay a quarterly dividend like Pioneer or Chevron. Instead, it occasionally distributes a chunk of its extra cash in the form of special dividends. In 2020, it paid $26 per share in special dividends, which marked the 17th consecutive year of dividend growth.

Texas Pacific Land Trust isn't necessarily a stock that's in the discount bin. But it's a unique oil stock because it generates positive FCF in good times and bad. Although its FCF will decline when oil prices are lower, it is one of the safer ways to expose yourself to the upside while mitigating downside risk.

Pioneer, Chevron, and TPL are great buys on their own. But they have even more advantages as a basket. Based on TPL's 2020 dividend distributions, the average dividend yield of all three stocks is close to 4%. A basket of all three gives you access to different subsegments of oil and gas through companies that sport excellent balance sheets and impressive dividends. Together, they provide a way to invest in the energy sector that protects against downside risk but also benefits if oil and gas prices rise.