Please ensure Javascript is enabled for purposes of website accessibility
Log In Help Join The Motley Fool
Free Article Join Over 1 Million Premium Members And Get More In-Depth Stock Guidance and Research
By Nicholas Rossolillo - Mar 25, 2021 at 7:00AM

Not all companies trade for nosebleed-level premiums.

The economy is in the early stages of recovering from the effects of the pandemic, but the market is already near all-time highs (as measured by the S&P 500 index). Many high-flying tech stocks have pulled back in recent weeks after a superb run in 2020, but still carry incredibly high valuations. There are seemingly few good places to invest in the market right now for value investors.

Berkshire Hathaway: The be-all and end-all of value investing

Berkshire Hathaway is, of course, famed investor Warren Buffett's vehicle for investing. Within this conglomerate are numerous subsidiaries like the largest railroad in the U.S. (BNSF), a best-in-class insurance business that includes GEICO, energy (including renewable energy projects), restaurants, and more.

Berkshire's returns have trailed the S&P 500 for years now, falling out of favor in lieu of fast-growing technology stocks. With few exceptions, Buffett prefers stable businesses rather than hypergrowth names that could wind up being a fleeting fad.

But as the economy starts to recover from the pandemic, it could be the time to shine for Berkshire's holdings. Many of the industries the conglomerate is invested in -- like banking, energy, and transportation -- were hammered by the economic effects of COVID-19, but Berkshire is doing just fine and is poised to rebound as things start to normalize.

In fact, the largest stock purchase the Oracle of Omaha has been making has been Berkshire itself. The company repurchased nearly $25 billion worth of its stock last year and indicated it still sees value in repurchasing more. It's easy to see why. Shares trade at a reasonable level using several metrics: a trailing 12-month P/E of just 14, trailing 12-month price to free cash flow of 22, and a historically low price to book value of only 1.3.

If you're looking for a solid bargain stock in need of no babysitting, Berkshire Hathaway is a fantastic place to start. The company has a decades-long track record of delivering stable growth and looks like a rebounding economy stock. Now is a good time to go shopping here. 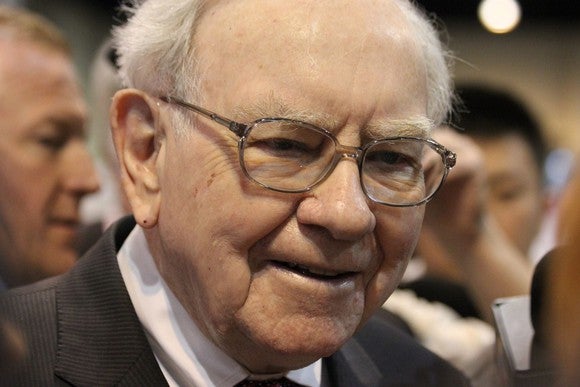 Broadcom is one of the world's largest semiconductor companies. From smartphone chips to connected industrial equipment to networking gear, Broadcom is in the mix in some of the fastest-growing areas of technology. And after a few acquisitions in recent years, the company has a sizable and steadily growing business in network infrastructure software, too. Hardware sales were down the last couple of years due to effects of the U.S.-China trade war, followed by the lockdown at the start of the pandemic, but Broadcom was able to stay in expansion mode thanks to its software segment.

With the economic freeze starting to thaw, however, its bread-and-butter semiconductor segment is coming back to life in grand style. Chip sales were up 17% year over year during the first quarter of fiscal 2021 and management said to expect similar growth for the remainder of the year ahead. Customers ranging from data center operators to automakers are reporting resurgent demand, underpinning Broadcom's accelerating results.

What makes this chip designer really compelling, though, is its disciplined approach to expansion. Free cash flow has been rising at an even faster rate than revenue as Broadcom gets more efficient, and that was on display in the first quarter when the bottom line grew at double the pace of sales from the year prior (free cash flow increased 35%). Expect more of the same as the chip segment rallies through the rest of 2021.

Even after shares have risen 45% since the start of 2020, this stock is a real value. As of this writing, Broadcom trades for just 16 times trailing 12-month free cash flow. And there's a bonus: an annual dividend yielding 3.1%. It isn't the fastest growing semiconductor name, but Broadcom is worth a serious look right now.

Kontoor Brands: The world may be in dire need of some new jeans

Speaking of dividend stocks, Kontoor Brands, with its current annual yield of 3.5%, looks like a mighty good deal, too. Granted, the parent company of apparel brands Wrangler, Lee, and Rock & Republic, and the operator of VF Outlet stores (Kontoor Brands was spun off from VF Corp in 2019) was beat up badly last spring. But sooner or later people are going to need some new clothes as they venture back into the world, and Kontoor Brands will benefit as a result.

This rebound in jeans sales is already starting. Kontoor reported just meager 1% year-over-year sales growth during the final months of 2020. But considering that some areas of the country were still in lockdown during the holiday shopping season, I'd say that's pretty good performance. And though full-year revenue took an 18% haircut, Kontoor remained a profitable enterprise last year. The outlook remains uncertain, but this could be a solid play on a reopening economy as initial effects of the pandemic begin to be lapped this spring.

If this does in fact transpire, I expect the bottom line to notch a big rally in 2021, too. And at just 15 times trailing 12-month free cash flow, this denim company could be a steal of a deal.

Additionally, while global apparel is no high-growth industry, Kontoor does have plans in place to expand its e-commerce presence here in the U.S. and internationally and pick up more market share in the years ahead. The strategy is working so far. Though revenue took a tumble in 2020, it was less of a tumble than many of Kontoor's peers in the apparel and accessories business suffered. That implies it's achieving its goal of attracting new shoppers to its brands.

Investors are indeed expecting a rally in this business in the year ahead, and as a result, Kontoor stock is near all-time highs in its brief existence as an independent company. But shares are still trading on the cheap if the company starts reporting a return to growth, and that dividend payout sweetens the deal along the way.