Shortly after inking a deal as the exclusive broadcaster of Thursday Night Football games through its streaming service, Amazon (AMZN -0.03%) has secured another alliance with the NFL to carry an expanded range of league-related merchandise. Sportico reports most officially licensed brands on the NFL website are now available on Amazon, too.

Among the many brands now appearing on Amazon for the first time, Fanatics is one potentially getting a significant boost from the partnership. The licensed sports merchandise company is now valued at $12.8 billion after a fresh round of funding from Silver Lake Partners announced yesterday, which added $320 million to the privately held company's war chest. Investors have been waiting impatiently for a Fanatics IPO for some time, but a spokesman remarked yesterday that while "an IPO is clearly an available option to us, there is no update on any timeline." Expansion to Amazon's colossal marketplace could make the company even more attractive as an initial public offering. 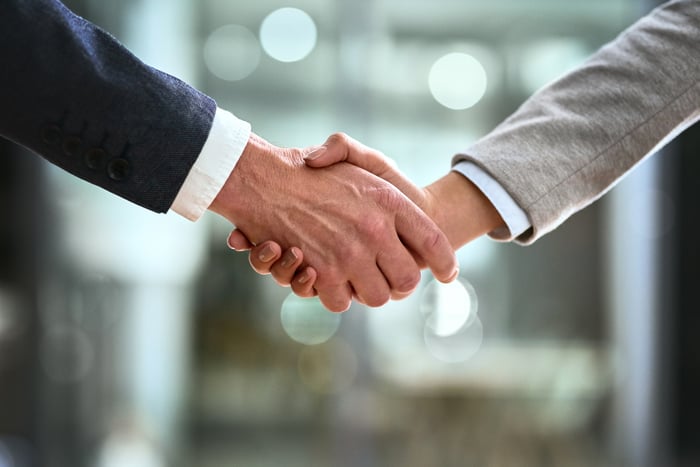 The official provider of on-field NFL apparel, Nike (NKE 0.58%), is notably left out in the cold by the new pact, Sportal reports. Nike axed its first partnership with Amazon back in November 2019, possibly partly over Amazon's alleged inability to prevent the sales of fake Nike items by third-party sellers.

Neither Amazon nor the NFL has yet commented publicly on the new partnership, so its duration and exact terms remain unknown for now. Amazon is continuing its aggressive expansion policy in everything from sports streaming to backing the IPO of food delivery company Deliveroo, though it is also drawing some criticism for reportedly imposing intrusive monitoring of delivery drivers that even includes collection of biometrics such as yawning.