Please ensure Javascript is enabled for purposes of website accessibility
Log In Help Join The Motley Fool
Free Article Join Over 1 Million Premium Members And Get More In-Depth Stock Guidance and Research
By Trevor Jennewine - Mar 28, 2021 at 8:16AM

This chipmaker has a history of creating wealth for shareholders.

Texas Instruments (TXN 2.21%) designs, manufactures, and sells chips that are primarily used in the automotive, industrial, and personal electronics markets. Recently, its business has faced headwinds from the coronavirus pandemic, the U.S.-China trade war, and a downturn in the cyclical semiconductor industry.

Even so, it has managed to outperform the S&P 500 over the past one, five, and 10-year periods. More importantly, I think Texas Instruments will continue to beat the market over the next decade.

As the market-leading producer of analog chips and embedded processors, those two segments accounted for 75% and 18%, respectively, of Texas Instruments' total revenue last year. 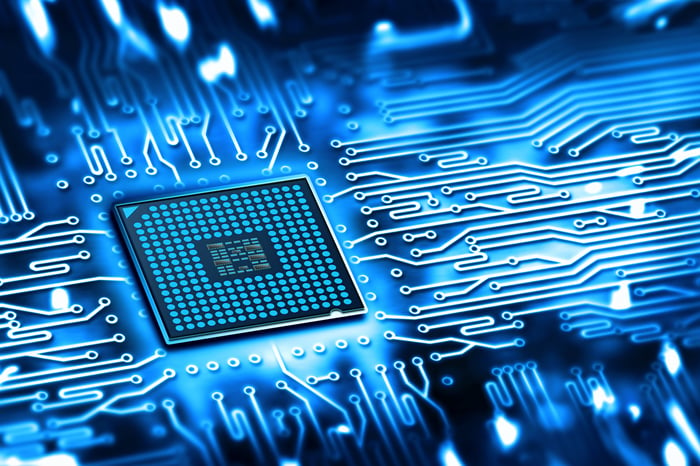 While analog chips don't get the same attention as their digital counterparts, they're still important. In fact, they're used to manage power in all electronic devices, meaning they should become more necessary over time.

Even so, the industry is prone to slow expansion and cyclical fluctuations. Over the last decade, the market has grown at just 2.5% annually. But there's a silver lining: Texas Instruments has grown its analog chip revenue at 6.2% per year over the same period, an indication that the company has gained market share.

Notably, the World Semiconductor Trade Statistics (WSTS) organization estimates the analog chip market will grow 8.6% in 2021, reaching $58.6 billion. That comes after a flat 2020 and an 8.2% decline in 2019. In other words, this could be the beginning of a cyclical upturn. That's good news for Texas Instruments and its shareholders.

Texas Instruments also makes embedded processors. These are digital chips designed to handle specific tasks, such as powering an electric toothbrush or graphing calculator. Embedded processors are present in most electronic devices.

Over the last decade, the market has remained flat, valued at roughly $18 billion. But again, there's a silver lining: Texas Instruments has grown its embedded processor revenue 2.2% per year since 2010, meaning the company has also gained ground in this market.

According to WSTS, the semiconductor industry in general should expand 8.4% in 2021, an acceleration from the 5.1% growth in 2020. That could jump-start the sluggish embedded processor market, but if the past decade is any indication, investors shouldn't look for much growth here going forward.

Apart from being the market leader in analog chips and embedded processors, Texas Instruments benefits from other advantages as well.

First and foremost, the company owns 14 manufacturing sites worldwide, including facilities for wafer fabrication, assembly, and testing. Compared to many rivals, this gives Texas Instruments greater control over its supply chain, and it creates cost efficiencies.

For instance, two of its facilities support 300-millimeter wafer production, and construction is under way on a third site with the same capabilities. Compared to the 200-millimeter process used by most rivals, Texas Instruments' technology reduces chip manufacturing costs by about 40%.

Finally, the company produces about 40 billion chips each year. That's roughly 80,000 different products for over 100,000 different customers. That diversity helps blunt the impact of downturns, which is especially important in cyclical industries like semiconductor manufacturing.

Over the last 17 years, Texas Instruments has managed to create incredible value for shareholders, despite competing in relatively slow-growing markets.

Since 2004, the company has repurchased 46% of outstanding shares, boosting profitability. Free cash flow per share has grown 12% annually over that same period. Texas Instruments also increased its dividend at a rate of 26% per year since 2004, and if that's not enough, its share price is up over 500%, more than double the return of the broad market.

That's the foundation of an incredibly compelling investment thesis. And when considered alongside the company's market-leading position and strong competitive advantages, Texas Instruments looks like a relatively safe stock that still has market-beating potential.