Shares of bluebird bio (BLUE -2.39%) were jumping 4% as of 3:30 p.m. EDT on Monday after rising as much as 10.8% earlier in the day. The gain came after Bluebird and its partner Bristol Myers Squibb (BMY 0.30%) announced on Friday that the U.S. Food and Drug Administration (FDA) approved Abecma (ide-cel) as a fifth-line treatment for multiple myeloma.

FDA approval was expected for Abecma. However, it came later than Bluebird hoped it would. The FDA issued a Refusal to File letter on Bluebird and BMS' first regulatory submission for the cell therapy in May 2020. The partners quickly addressed the FDA's issues, though, and refiled in July. 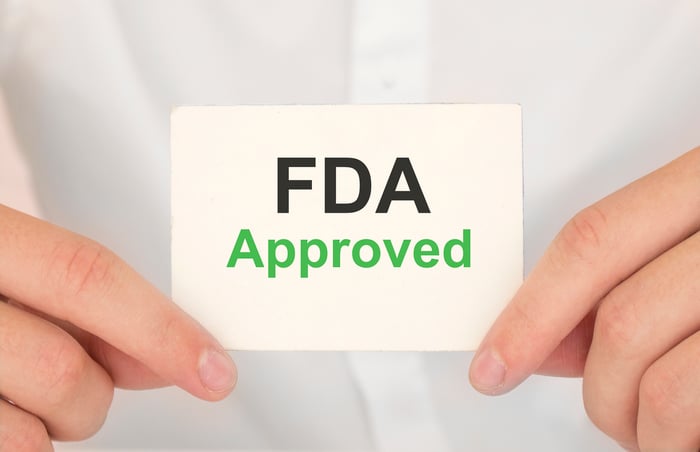 Normally, approval as a fifth-line treatment would mean the commercial opportunity for a drug is very limited. In multiple myeloma, though, most patients progress through multiple therapies. An initial therapy might work at first but later become less effective, resulting in the patient relapsing. Physicians then usually prescribe a therapy in a different drug class.

FDA approval of Abecma came with a boxed warning for several potential adverse reactions including cytokine release syndrome and neurologic toxicities. Because of these possible safety issues, the drug will be available only through a restricted program under a Risk Evaluation and Mitigation Strategy (REMS).

Bluebird's FDA win for Abecma as a fifth-line treatment could bode well for the biotech stock in the future. The drug is currently being evaluated in a late-stage study as a third-line treatment for multiple myeloma and in phase 1 and phase 2 studies for earlier-line settings.