The ultra-low-cost carrier didn't make a spectacular return to the stock exchange.

Frontier Group Holdings (NASDAQ:ULCC), the parent company of budget carrier Frontier Airlines, lost altitude in its stock market debut today. Shares of the company, which began trading on Thursday morning, closed the day at $18.85, or 0.8%, lower than their $19 initial public offering (IPO) price.

This is not the first time the airline has touched down on a stock exchange. In a previous corporate iteration, it was publicly traded but fell on hard times during the financial crisis of the late 2000s, and was acquired by private equity firm Indigo Partners. Indigo, whose affiliate still owns a large majority stake in the company post-IPO, molded it into a deep-discount carrier in the vein of Spirit Airlines (SAVE -2.57%). 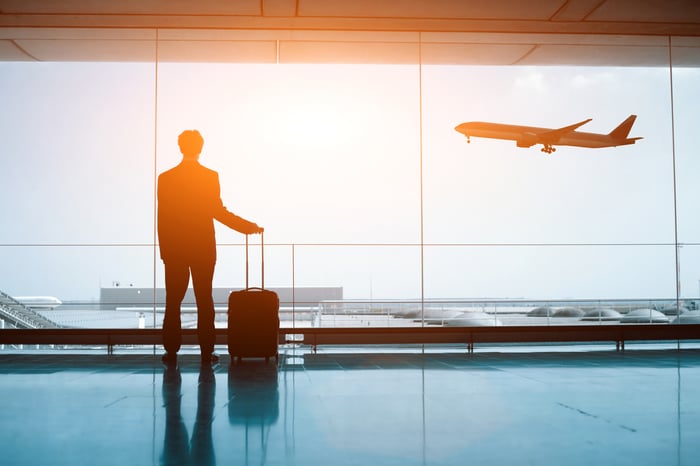 As with the rest of the airline industry (or the travel business, period, if we zoom out sufficiently), the entity that is now Frontier Group suffered in the wake of the pandemic. Its 2020 revenue dropped by more than 50% on a year-over-year basis to $1.25 billion, while it lost $225 million on the bottom line against a 2019 profit of $251 million.

Yet the company is listing at an optimistic time, as investors have become increasingly bullish on sectors that could see significant rebounds as we (hopefully) emerge from the pandemic. Many believe that travel in particular has great potential given the fact that people have been cooped up at home for over a year.

In its IPO, Frontier Group floated 30 million shares at that $19 price, for gross proceeds of $570 million.