Please ensure Javascript is enabled for purposes of website accessibility
Log In Help Join The Motley Fool
Free Article Join Over 1 Million Premium Members And Get More In-Depth Stock Guidance and Research
By Scott Levine - Apr 5, 2021 at 8:45AM

Take your mind off the latest investing trend and focus on these growth stocks instead.

Forget NFTs? You're not even sure you understand what they are. Don't despair: They're not as hard to understand (at least on a superficial level) as you think. Simply put, non-fungible tokens, or NFTs, are like certificates representing your ownership of an original digital file.

Imagine if Vincent van Gogh created a digital work of art -- a meme or GIF, for example. To own the NFT for that work would be like owning a certificate of authenticity (stored on blockchain) indicating that you possessed the original. Fans could take screenshots, print it out, and hang it in their homes, or email copies of it to their friends, but you'd have the rights to the original piece. 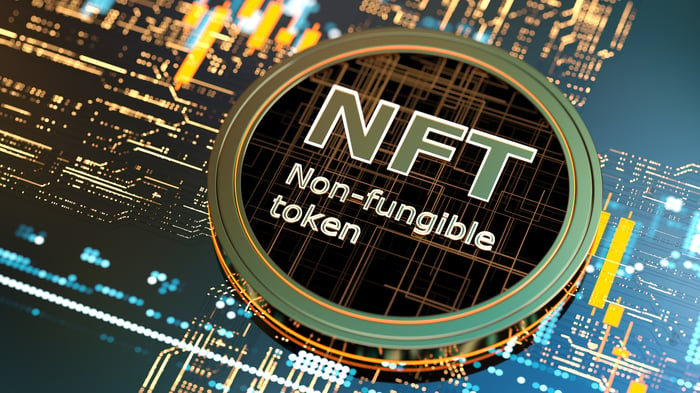 Think of van Gogh's painting Starry Night. College students hang it in their dorm rooms, and some have completed the jigsaw puzzle version of it, but it's not the same as the one hanging in the Museum of Modern Art in New York.

Some investors believe that owning NFTs is the modern version of owning an original van Gogh, and they're spending millions on their bets. Not ready to make that hefty a wager? Fret not. Several stocks have the potential to provide impressive gains themselves: Fisker (FSR -2.90%), Virgin Galactic Holdings (SPCE -0.46%), and Microvast, which plans to merge with the SPAC Tuscan Holdings (THCB).

While Tesla and Chinese companies like NIO and XPeng may race away with most of the headlines, Fisker is an electric vehicle (EV) stock that should certainly be on the radar of those seeking growth opportunities.

The California-based automaker's EVs haven't hit the road yet (production is expected to begin in the fourth quarter of  2022), but there is rapidly growing interest. The company recently announced that reservations for its Ocean SUV have exceeded 14,000 (including 13,300 retail reservations and 700 fleet reservations), an impressive increase over the 4,410 reservations the company had at this time last year.

Eventually, Fisker plans on expanding its product line to four vehicle models by the end of 2025.

Absent of sales, the company's handling of capital becomes increasingly important for prospective shareholders. Consequently, management's recent decision to minimize the effect of dilution on existing shareholders is worth noting. Sensitive to maintaining shareholder value, management announced that warrants will be exercised on a "cashless basis" in an effort to limit the number of outstanding shares. For shareholders, steps like this build trust in management, something of crucial importance to investors in any company.

Regarding the stock's price tag, investors will find it difficult to assess the valuation since the company doesn't generate revenue. But with the stock trading below the midpoint of its 52-week range, it seems like now is a reasonable time to pick up shares.

Purchasing the right NFT that will net you millions seems like a moon shot, so investors may be better off investing in a company that's shooting high -- just not for the moon. Virgin Galactic wants to offer customers the ability to swing among the stars, and is attempting to be the top dog in the burgeoning space tourism industry.

While it's not launching passengers into space yet, there are a number of people waiting for their chance to head to the launchpad. As of the end of 2020, Virgin Galactic had $80 million in deposits from future astronauts. The company generated further interest through its One Small Step campaign, which resulted in 1,000 customers placing deposits to give them the chance to buy tickets on future flights when they become available.

In the recent fourth-quarter 2020 earnings report, Virgin Galactic announced -- to the chagrin of investors and space enthusiasts -- some delays that resulted in the company scheduling its next test flight for May, three months later than expected. This contributed to a sell-off in the stock, and shares of Virgin Galactic subsequently came down to earth, falling about 16%. As with Fisker, it's impossible to assess the stock on traditional valuation metrics, so investors can use the stock's recent decline as an opportunity to gain a position at a more reasonable price.

Time to recharge your batteries

If hitching a ride with an automaker like Fisker doesn't appeal to you, but you're still interested in exposure to the EV industry, Microvast may just be the stock to help power your portfolio. Providing fast-charging batteries that have longer life spans, Microvast is a vertically integrated company that is currently focused on the commercial vehicle market, though it has its eyes set on adjacent markets: passenger vehicles, energy storage (such as data centers), and consumer electronics.

While Microvast is in the early innings, it foresees supercharged growth over the next few years. For example, it estimates 2020 revenue at about $100 million, but it believes it has the ability to grow the top line to as much as $1.5 billion in 2025, based on the $355 million it has in contracted revenue and $1.1 billion it has in forecast revenue.

Unlike QuantumScape (QS -1.63%), another start-up with high aspirations for disrupting the battery industry, Microvast has batteries rolling off the assembly line and powering vehicles. In fact, the company says it has 28,000 batteries in use that have totaled more than 3.8 billion miles.

Just as buying an NFT is a highly risky investment, picking up shares of Fisker, Virgin Galactic, or Microvast also entails a high degree of risk. Because these companies are start-ups that are not reporting substantial sales (let alone profits or cash flow), investors would be wise to carve out a small niche in their portfolios for any or all of these growth stocks.