Investors cheered the arrival of VSS Imagine. So why are they such glum chums today? 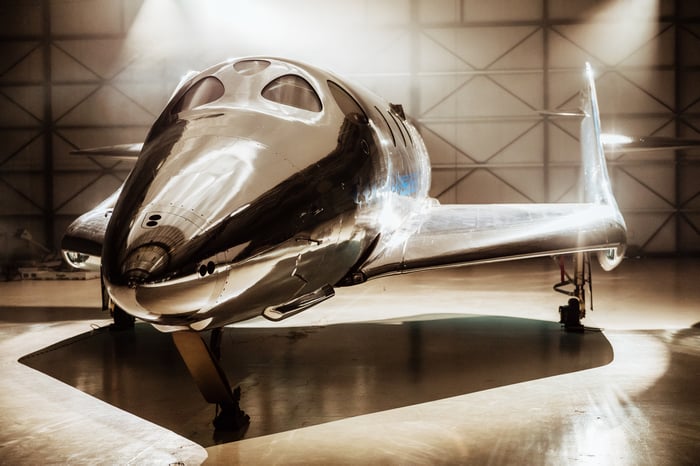 What's sparking today's decline? Honestly, I think it boils down to this:

Yes, VSS Imagine is a beautiful spaceplane. It's silver. It's shiny. It's got a new "modular" design (which may make servicing the plane easier, lowering operating costs and permitting a faster cadence of flight). Yes, this might help Virgin Galactic reach its goal of eventually flying 400 flights' worth of paying passengers annually (which at $250,000 per ticket, would mean roughly $600 million in annual revenue).

But first, Virgin Galactic needs to make its first flight with paying passengers. And that remains a problem.

Since its surprise announcement back in February that it was postponing its next space test flight until May 2021, Virgin Galactic's stock has flown beneath a cloud of suspicion that it might not complete its flight test schedule as soon as it had planned -- and certainly not as soon as it had intimated earlier this year. Lately, even fans of Virgin stock have been worrying aloud that it could be early 2022 before the company is able to begin generating revenue from selling tickets to space tourists.

With the wave of last week's excitement now passed, I suspect investors are today remembering this sobering fact.