Please ensure Javascript is enabled for purposes of website accessibility
Log In Help Join The Motley Fool
Free Article Join Over 1 Million Premium Members And Get More In-Depth Stock Guidance and Research
By Rick Munarriz - Apr 5, 2021 at 9:03AM

Timing the market is a gamble. It's easier to make smart bets with time-tested growth stocks right now.

There are always ups and downs when it comes to investing. The good times don't last forever, but thankfully the same can be said about the bad times. It may take weeks, months, years, or even decades but the market will inevitably crash -- and crash hard. It has always bounced back, but now might be a good time to make sure you're stocking up on investments that can ride the storm out.

Adobe (ADBE 4.80%), Tractor Supply (TSCO 3.51%), and Apple (AAPL 4.08%) are three companies that have strong long-term growth catalysts. Let's take a closer look to see why they are surefire growth stocks that will win over time. 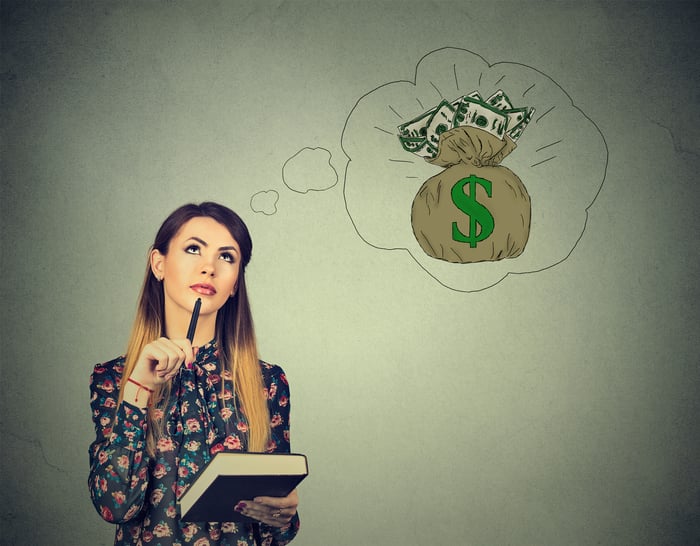 If your knowledge of Adobe begins and ends with Photoshop and PDF files you're not getting the whole story which has evolved from desktop publishing software into a full-blown digital documents juggernaut. From e-signatures to its Creative Cloud suite of cloud-based tools, Adobe is growing a lot faster than you think.

Adobe ended its streak of growing annual revenue by 20% or better at four years in fiscal 2020, but you can't feel too bad about the 15% increase it posted last year in an enterprise-rattling pandemic. Adobe is also back on track, kicking off fiscal 2021 with its strongest top-line growth in more than three years.

Adobe scored record quarterly revenue of $3.9 billion for the three months ending March 5, a 26% year-over-year surge. The bottom line is faring even better, up 33% on a reported basis and soaring 38% on an adjusted basis. Adobe also boosted its guidance for all of fiscal 2021.

Its guidance for the current quarter suggests sequential dips on both ends of the income statement, but it's actually better than analysts were expecting. Adobe has also beaten Wall Street targets with ease in at least the last five quarter, so it's fair to say that its crystal ball is set in "conservative" mode.

One of the more intriguing pandemic trends has been the suburbanization movement. Folks are moving out of costly apartments in major cities, setting up camp in the suburbs or deeper into rural markets where land is plentiful and more affordable. This movement in turn has inspired the hobby farm or recreational farming trend, and that's been a bountiful harvest for Tractor Supply.

The specialty retailer is a fast-growing provider of farming tools, pet feed, and other livestock supplies. Net sales zoomed faster than a crop duster, climbing 31% in its latest quarter. The concept is expanding, but the real driver here is a 27% surge in comps. The $1.64 a share it posted in earnings blew through the $1.51 a share that market pros were settling for on the bottom line.

Growth will slow dramatically after a monster 2020 at Tractor Supply. The retailer's forecast calls for $10.7 billion to $11 billion in net sales this year, up marginally from the $10.6 billion it just served up last year. It's expecting comps to be roughly flat. It also sees diluted earnings climbing modestly from last year's reported profit of $6.38 a share. Holding its own isn't too bad after packing a couple of years of growth into a single year. Tractor Supply also recently increased its dividend by 30%, even if the 1.2% yield won't be a dinner bell for income investors.

You know Apple. It's the country's most valuable company, with a market cap north of $2 trillion. One may argue about the upside form here, but it was less than three years ago that folks were saying the same thing about the consumer tech behemoth when it became the first U.S. company to crack the $1 trillion ceiling.

Apple sells premium products, commanding heavier mark-ups than less aspirational rivals. It sells high-margin services on top of those products. Apple then innovates, creating a new revenue stream to work through its playbook.

If you measure Apple's success solely by its revenue growth, you're going to be disappointed. Apple has only posted double-digit percentage growth once in the last five fiscal years -- and just twice in the past eight fiscal years.

Apple did pick up the pace over the holidays. The 21% growth it posted in its latest fiscal quarter is its best growth since the summer of 2015. With the model in place for margins to keep expanding and a multiyear share-buyback approach improving earnings growth on a per-share basis you don't want to bet against the class act of Cupertino.